PILI’s Third Judicial Circuit Pro Bono Committee hosted a Forum on Pro Bono in Edwardsville on April 24. Modeled on the program that PILI has held in Chicago for many years, this program consisted of a panel discussion featuring the Honorable Barbara L. Crowder of the Circuit Court of Madison County, who chairs the Third Judicial Circuit Pro Bono Committee, as well as Clarissa P. Gaff, Managing Attorney, Land of Lincoln Legal Assistance Foundation, and Michael Bergmann, PILI Executive Director. The panel presentation was followed by group discussion on the future of pro bono and how to get involved. 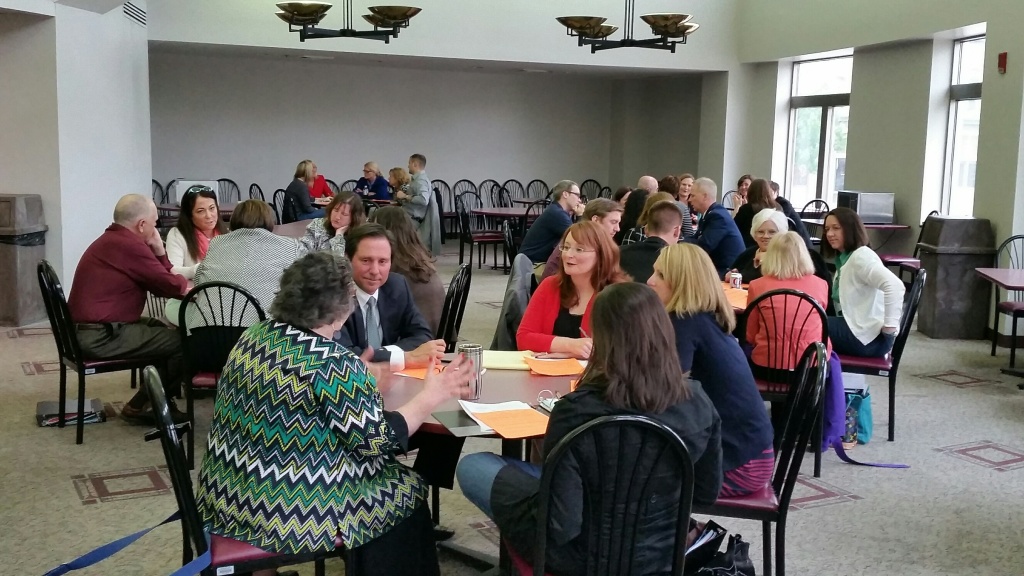 This Forum on Pro Bono was part of a full day of pro bono activities in the Third Circuit. It was preceded by a series of sessions on pro bono topics, and immediately followed by a networking reception, hosted by the Simmons Law Firm in Edwardsville.

PILI will host a Forum on Pro Bono in Peoria on June 11, and in Chicago on October 8.