Find a Pro Bono Opportunity in the Fifth Judicial Circuit » 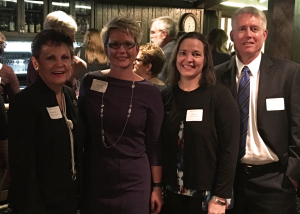 The Fifth Judicial Circuit is in the Fourth Appellate District and includes Clark, Coles, Cumberland, Edgar and Vermilion Counties. The Honorable Thomas O'Shaughnessy is the Chief Judge of the Fifth Circuit.

The committee was launched on May 31, 2013. The committee initially identified the following possible focus points for their work: (1) Developing a pro bono panel which can be used for referral of otherwise eligible applicants at Land of Lincoln who cannot be accepted for services due to a conflict of interest; (2) Legal education seminars for the public on relevant topics; (3) Recognition of ongoing pro bono in the Circuit both through and outside of Land of Lincoln; and (4) Increasing legal self-help resources.

Each year to celebrate Law Day, the committee organizes local attorneys to visit schools and make law-related presentations on or around May 1st. The committee has also planned all-day CLEs on topics relevant in many pro bono cases such as adult and child guardianships as while as Expungement Summits in across the circuit. The committee has hosted a Celebrate Pro Bono dinner and awards event each year and it is anticipated that it will do so again this year.