While there is still a critical amount of unmet legal needs in Illinois, there is also a significant amount of pro bono work being done by individuals as well as law firms and corporations of all sizes throughout the state. PILI believes it is important to recognize those that ensure access to justice is a reality for the many and not just the few. In recognizing those who are contributing, we also share their stories and impact to hopefully inspire others to help. Below are PILI's current recognition opportunities. 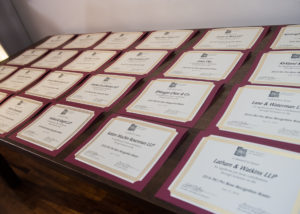 The Pro Bono Recognition Roster honors law firms and corporations that have made significant commitments and contributions to pro bono throughout the state of Illinois. These firms and corporations are helping ensure that individuals, families and communities in need receive legal services. The Recognition Roster is unveiled annually at the Annual Pro Bono Reception. 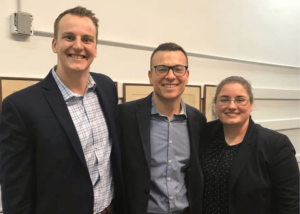 The Pro Bono Volunteer Honor Roll recognizes the volunteer contributions of those giving their time and talent through the pro bono opportunities available as part of PILI’s Pro Bono Program. PILI staff select those to be recognized based on the contributions they have made over the past year to helping those in need of free legal services across Illinois. Those named to the Honor Roll are recognized at PILI’s Annual Pro Bono Reception. 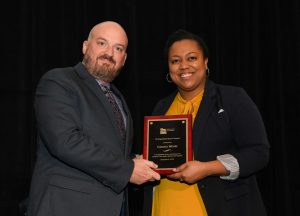 PILI's Annual Awards Luncheon features several awards to acknowledge those whose work epitomizes the ideals of service, fairness, and justice, including the Distinguished Service Award, the Pro Bono Initiative Award, and two PILI Alumni Awards. Award nominations open each year in the summer. 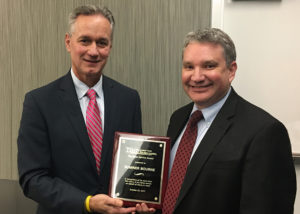 Several of PILI's Judicial Circuit Pro Bono Committees present awards at Pro Bono Week celebrations each year. Currently, such awards are presented in the Third, Fifth, Sixth and Tenth Judicial Circuits and the nomination processes for each open in the summer.