Please do not visit, telephone, e-mail or write to PILI directly with legal questions or requests for referrals as we are unable to respond to these inquiries. If you are in need of legal help, click here for more information »

Serving as the Executive Director of the Public Interest Law Initiative (PILI) since 2010, Michael provides the strategic oversight and direction for PILI's work to engage, inspire and empower those advancing equal access to justice. Under his leadership over the last decade, PILI has significantly expanded its reach and impact by building on its nearly 45 year legacy and becoming a statewide organization. Michael has overseen the growth of PILI's Law Student Internship Program, both in terms of the number of Interns funded and in the amount of the stipend provided to Interns. He has led PILI’s efforts in the development of innovative pro bono committees at the judicial circuit level across Illinois and the expansion of PILI's work into providing direct services through a statewide network of pro bono volunteers. During his tenure, PILI has also seen a significant increase in the financial support PILI receives across all funding sources. Michael originally joined PILI in 2006, serving as Director of Programs before becoming the Executive Director.

Michael serves on the Dean's Council for the DePaul University College of Law, where he has also taught as an Adjunct Professor. He also serves on the Advisory Board for the Axelson Center for Nonprofit Management at North Park University, the Advisory Board of the Chicago Lawyer Chapter of the American Constitution Society, and the Board of Directors of the McGaw YMCA in Evanston. Michael previously served as a Commissioner on the City of Evanston's Human Relations Commission. During his tenure at PILI, Michael has also handled pro bono matters through Chicago Volunteer Legal Services, Lawyers' Committee for Better Housing and the National Immigrant Justice Center.

An active member of the American Bar Association (ABA), Michael is currently serving in the ABA's House of Delegates and on the ABA Nominating Committee, and chairs the ABA's Standing Committee on Membership. He previously served on the ABA Task Force on Legal Needs Arising Out of the 2020 Pandemic. He is a past chair of the following ABA entities: the Section Officers Conference (SOC), the Judicial Division, the Lawyers Conference of the Judicial Division and the Young Lawyers Division. Michael is also a member of the Illinois State Bar Association (ISBA) where he currently serves on the Board of Governors and as Chair of the Bench & Bar Section Council. He is also a member of the Chicago Bar Association, most recently having served as Chair of the Continuing Legal Education Committee.

Frequently recognized for his contributions to the bar and the public, Michael recently received the Russell K. Scott Equal Justice Award from Land of Lincoln Legal Aid and the Amicus Award from the Illinois Judges Association. He was previously named one of "40 Under 40 Illinois Attorneys to Watch" in 2013 by the Law Bulletin Publishing Company and was the recipient of the 2011 Young Alumni Merit Award from The Catholic University of America.  He was also the 2007 recipient of both the Outstanding Young Alumnus Award from DePaul University College of Law and the Illinois State Bar Association Young Lawyer of the Year Award. Michael was also the 2005 recipient of the Kimball and Karen Anderson Public Interest Law Fellowship from The Chicago Bar Foundation.

Michael attended The Catholic University of America in Washington, D.C., where he earned his Bachelor of Arts in Politics. He received his Juris Doctor from DePaul University College of Law. Prior to joining PILI, he served as the Guardian Ad Litem Program Director for Chicago Volunteer Legal Services. Before and during law school, Michael was a consultant with PricewaterhouseCoopers LLP. He is admitted to the practice of law in the State of Illinois, and before the United States District Court for the Northern District of Illinois and the Supreme Court of the United States. 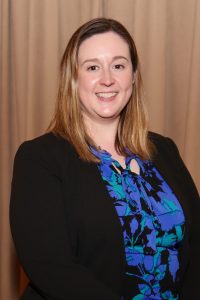 Abigail joined PILI in April 2021 as the Managing Attorney for PILI's Southern Region and is based in Champaign. She is responsible for helping PILI to expand and enhance pro bono legal assistance in the southern portion of Illinois by overseeing the work of PILI’s Judicial Circuit Pro Bono Committees, Illinois Free Legal Answers, and PILI’s participation in the Illinois Armed Forces Legal Aid Network (IL-AFLAN) in that region.  Most recently, she was an Assistant Public Defender with the Champaign County Public Defender’s Office. In law school, she was a 711 Intern with the Department of Children and Family Services, and both a Research Assistant for Professor Andrew Leipold and a 711 Senior Law Student at the Family Advocacy Clinic at the University of Illinois College of Law. Abigail received her Bachelor of Arts in Political Science from Illinois State University and her Juris Doctor from the University of Illinois College of Law. She is also a member of the Board of Directors of the Ten Thousand Villages Champaign Store. Abigail is admitted to the practice of law in the State of Illinois. 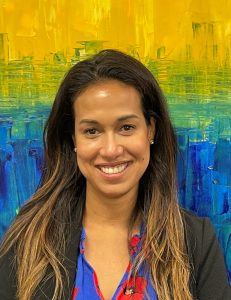 Denise joined PILI in August 2022. Denise’s responsibilities will include financial management & development, operations & administration, and human resources. She specifically manages PILI's administrative and communications team members. Prior to joining PILI, Denise worked at the American Bar Association for over 14 years, most recently serving the Director of the Section Officers Conference. She also managed the American Bar Association’s Task Force on Legal Issues Arising from the Coronavirus Pandemic, chaired by James J. Sandman, President Emeritus of the Legal Services Corporation. Prior to that, she was a staff member with the ABA's Judicial Division. Denise received her Bachelor of Arts in International Studies with a Concentration in International Law, and Minor in Italian from DePaul University. 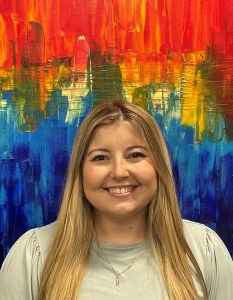 Camille joined PILI in September 2022 as our Communications & Development Associate. She is responsible for managing all aspects of PILI’s communication efforts as well as supporting the organization’s fund development efforts and special events. Prior to joining PILI, Camille worked at a preschool with two-to four-year-old children while studying for her Masters in Public Administration with a concentration in government, which she received from Roosevelt University. She also received her Bachelor of Arts in Psychology and Political Science from the University of Tennessee, Knoxville. Camille has multiple years of experience in non-profit work with various organizations including an internship for the Center for Tax and Budget Accountability working on a strategic research report on Higher Education funding in Illinois that was presented to the Illinois State Assembly in 2021. 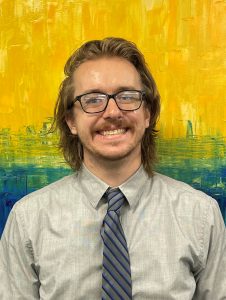 Jack joined PILI in September 2022. He is responsible for providing general administrative support for PILI’s day to day operations and programmatic efforts. Prior to PILI, Jack worked as an Administrative Assistant at Mathis Productions, producers of Judge Mathis, and other original programming. Jack received his Bachelor of Fine Arts in Film and Television and a minor in Creative Writing from DePaul University College of Computing and Digital Media. 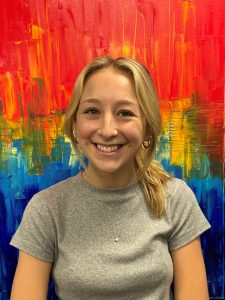 Cassie joined PILI in August 2022. She is responsible for supporting the work of PILI’s Pro Bono Program, conducting client intake interviews, maintaining client service data, and helping to support PILI’s statewide pro bono volunteers. Cassie graduated from Grand Valley State University in April 2022 with a double major with Honors in Criminal Justice and Psychology. Recently, Cassie served as a Legal Volunteer with the Legal Assistance Center in the Kent County Courthouse, assisting self-represented litigants with the legal process. Cassie also completed an internship with the City Attorney’s Office in Grand Rapids, Michigan assisting attorneys in both the civil and criminal divisions. 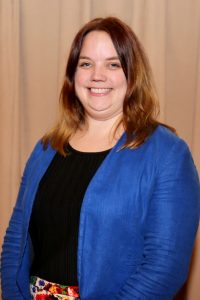 Jessica joined PILI in 2020 as the Managing Attorney for the Northern Region responsible for helping PILI to expand and enhance pro bono legal assistance in the northern portion of Illinois by overseeing the work of PILI’s Judicial Circuit Pro Bono Committees, Illinois Free Legal Answers, and PILI’s participation in the Illinois Armed Forces Legal Aid Network (IL-AFLAN) in that region. Jessica was named Senior Managing Attorney in October 2022, and is also responsible for the overall planning, organizing, implementation and evaluation for PILI’s programs statewide. Prior to joining PILI, Jessica worked as a Staff Attorney in the Special Education Clinic at Equip for Equality. Before that, Jessica worked as a Staff Attorney at Chicago Lawyers’ Committee for Civil Rights for seven years, practicing in both their Fair Housing and Education Equity Projects. In law school, Jessica was a PILI Law Student Intern at MALDEF. She received a Bachelor of Arts in Political Science and Spanish from Washington University in St Louis and her Juris Doctor from DePaul University College of Law. Jessica a member of the Chicago Bar Association and the Illinois State Bar Association, serving on its Special Committee on Racial Inequality. She is also a member and former board member of the Chicago chapter of the National Lawyers’ Guild, Associate Board member of Legal Prep Charter Academy, and a member of the inaugural cohort of the Racial Justice Institute by the Shriver Center on Poverty Law, a program to further race-equity as an essential part of anti-poverty advocacy. She has also taught as an adjunct professor at the Loyola University Chicago School of Law. In 2014, Jessica received the Chicago Bar Foundation Sun Times Public Interest Law Fellowship. Jessica is admitted to the practice of law in the State of Illinois.