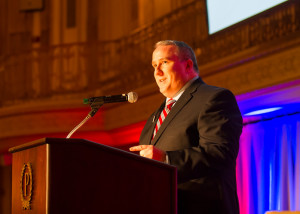 This is a guest post from Michael Bergmann, PILI’s Executive Director.

As we come to the end of PILI’s 40th anniversary year, I thought it would be a good time to take stock and look back on PILI and its development since our founding. From our board and staff, to our individual, firm and corporate supporters, to our agency partners, there have been so many champions along the way shaping PILI into what it is today.

PILI was founded initially as a pilot project in 1977 as “The Chicago Law Student Public Interest Internship Program,” and provided $1,000 in funding to 12 law students who worked at 4 public interest law organizations in Chicago that next year. The idea was simple – give law students the chance to gain legal experience, while exposing them to the vast unmet need for legal services among communities in need. The goal was to provide a transformative experience that would expose that law student to a public interest career path.

By 1980, PILI was funding 30 Interns and the stipend was raised to $3,000. In those early days, PILI received 155 applications from 43 law schools nationwide for those few dozen positions. It was also in this year that PILI officially incorporated as the Public Interest Law Internship. The forerunner to today’s vast Educational Seminar Series was also introduced that year.

In 1983, while still growing the Law Student Internship Program, PILI launched the Graduate Fellowship Program through which its places incoming associates at Chicago’s major law firms at public interest law organizations. The ideas behind this program was very similar to those of the Internship Program, but with the goal of turning that emerging lawyer into a pro bono advocate within the private sector. By the end of the decade, PILI was supporting 29 Interns and 34 Fellows, providing assistance at 20 public interest law agencies.

With the launch of the Fellowship Program and a growing focus on also promoting pro bono work within the large law firm community, PILI changed its name to the Public Interest Law Initiative in 1991. By 1996, PILI had an Alumni population of over 800 former Interns and Fellows, had increased the Intern stipend to $4,000, and had launched a school-year Internship Program. PILI was drawing nearly 500 applications for its Internship Program, placing 45 Graduate Fellows, and was affiliated with 42 public interest law agencies.

In 1999, a new program, The Pro Bono Initiative for the New Millennium, was undertaken to reinvigorate and formalize PILI’s work in promoting and expanding pro bono. PILI convened a summit of managing partners from the largest law firms and general counsel from area corporations to guide the new expanded effort. In 2002, PILI hosted over 120 people at a signing ceremony of the Statements of Principles to encourage pro bono work within law firms and corporate legal departments. Forty-five law firms and 13 corporations are signatories to the Statements.

By 2003, 106 Interns and Fellows are working at 44 agencies, and provided 34,800 hours of legal assistance to hundreds of disadvantaged people. PILI’s Alumni population also breaks the 1,500 mark. In 2004, PILI’s Pro Bono Initiative holds a 5th Anniversary Summit, where the leadership from 39 law firms and corporate legal departments meet to review the progress made in pro bono work over the past five years, and to discuss how to deepen their commitment to pro bono work.

During the latter part of the 2000s, PILI redoubled its efforts to expand and enhance pro bono through its Pro Bono Initiative Program, developing programming and resources to assist law firms, corporations, law schools and public interest law organizations. PILI launched its Illinois Forum on Pro Bono and its Roundtable Series during this time as well as publishing its Pro Bono Reference Guides. With the financial crisis of 2008, PILI was also actively involved in placing incoming law firm associates with deferred start dates, at public interest law organizations for extended placements.

In 2011, PILI began a statewide expansion by launching its Judicial Circuit Pro Bono Committees project. PILI’s Judicial Circuit Pro Bono Committees strive to increase equal access to justice by promoting and enhancing pro bono legal services within a specific judicial circuit. Each Committee consists of members of the judiciary as well as pro bono leaders from local law firms, corporations, bar associations, and public interest law organizations. The goals being to: raise awareness of the need for free or low-cost legal services; identify and reduce barriers to providing free or low-cost legal services; promote pro bono legal services and recruiting attorneys to participate in existing pro bono programs; identify gaps in the delivery of legal services to low-income individuals and families and develop innovative approaches to filling those gaps through pro bono; and recognize the pro bono contributions of local attorneys. The first two committees launched were in the Third Circuit (Bond and Madison Counties) and Fourteenth Circuit (Henry, Mercer, Rock Island and Whiteside Counties).

In 2012, PILI celebrated its 35th anniversary and funded 47 summer and 10 school-year Law Student Interns and 70 Graduate Fellows. Those, Interns and Fellows together provided direct service or brief services to 3,648 individuals and policy or other impact-related work on behalf of thousands more. That year, PILI also reinvigorated its Alumni efforts with the launch of the Alumni Network Leadership Council. PILI also added two more Judicial Circuit Pro Bono Committees.

PILI’s statewide expansion continued in 2014, when PILI funded its first Interns outside of the Chicagoland area, placing an Intern in Champaign and another in Peoria. PILI established the Legal Prep Community Law Clinic in 2015, with PILI Alumni volunteering to provide free legal assistance to student families and community members of the legal themed charter school. In 2016, PILI increased the Law Student Intern stipend for the first time in over a decade with an additional increase planned for two years later. By 2017, PILI had 7 Judicial Circuit Pro Bono Committees, through which 253 pro bono volunteers served 559 and 483 attorneys attended 18 CLE programs hosted by PILI. That year, PILI also had 130 Interns and Fellows (6 Interns of which were outside of Chicago) who collectively contributed 41,800 hours of legal work on behalf of low-income individuals and families.

As I think back over PILI’s 40 years of service, I am struck by how many have made possible all that we’ve achieved. The support of the legal community has been critical to our sustained growth. The partnerships we have forged with the public interest law community are essential to our work. The over 4,000 former PILI Interns and Fellows who are an inspiration by not only helping to increase access to justice during their placements, but also by maintaining that commitment throughout their career. The board members and staff, today and from the past, who toiled to develop and grow PILI were instrumental to our success over the last 40 years. And, as I think about PILI’s next 40 years, I am excited and invigorated to think about what we will achieve with the continued support of the Illinois legal community. While equal access to justice for all still remains as elusive today as it was in 1977, there is no question that PILI has been there to make a difference for so many and we stand at the ready to continue to serve. I hope you will join us.