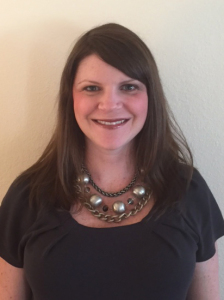 Sheila Frederick of United Airlines, Inc. was elected to the Public Interest Law Initiative Board of Directors at their March meeting. Sheila is the first PILI board member from United, where she has worked as Counsel in Labor and Employment Law since 2011.

After graduating from University of Illinois College of Law in 2005, Sheila worked at Winston & Strawn LLP in the Labor and Employment practice group. She had been in human resources prior to law school.

Sheila maintains an active pro bono practice and is a member of United’s Pro Bono and Community Service team. She coordinates the company’s partnership with Equip for Equality’s legal advocacy hotline, and has also worked on Deferred Action for Childhood Arrival filings and volunteered on an asylum matter. While at Winston, she volunteered on guardian ad litem cases and provided pro bono legal employment advice to various Chicago nonprofits.

“I am excited to be a part of this board as I enjoy engaging others in pro bono work and look forward to furthering PILI’s mission in this respect,” Sheila said.

PILI’s Board of Directors is currently led by President Richard O’Malley, Jr. of Sidley Austin LLP, and by Vice President Brad Lane of Brinks Gilson & Lione. See a full list of PILI’s board members here »