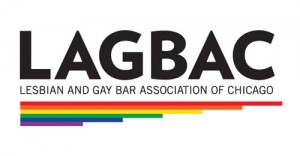 PILI is excited to announce that the LAGBAC Foundation has renewed its funding for 2016.

This grant funds two Named Internships, one in the fall and one in the spring, at the National Immigrant Justice Center in their LGBT Immigrant Rights Initiative.

Last fall, LAGBAC funded Caitlin Cervenka from Loyola University Chicago School of Law. This spring, they are funding Caitlin Barlow from Northwestern Pritzker School of Law, who said, “I am appreciative of the sponsorship by the Lesbian and Gay Bar Association of Chicago. I love my internship because it is integral to giving a voice to LGBT immigrants, an incredibly marginalized group who deserves all of the legal advocacy they can get.”

The LAGBAC Foundation’s mission is to improve access to the legal and judicial system for all lesbian, gay, bisexual, transgendered, intersexed and questioning persons by giving law students the opportunity to learn valuable, practical legal skills while giving back to our community.

Learn more about the Named and Honorary Interns »