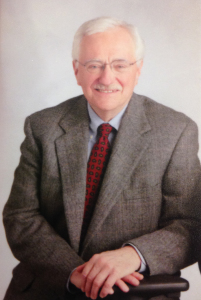 PILI Life Director Christopher Horsch, 79, passed away on November 11, 2020 after a brief illness. Chris joined PILI’s Board of Directors in 1985, decades later being named as a Life Director in honor of his service when he retired. Even in retirement and as a Life Director, Chris remained very involved in PILI’s work, regularly attending PILI events and board meetings.

Chris received his law degree in 1966 and, after serving in the Navy for three years, he started practicing in 1969 at Vedder, Price, Kaufman & Kammholz (now known as Vedder Price) in Chicago. Chris’ commitment to helping those in need was deeply rooted in his legal career from the start. Early in the 1970s he, together with a group of other Vedder Price attorneys, volunteered at a legal aid office at Hull House in Uptown one night a week. Chris was at Vedder Price until 1989, except for two years  when he worked with a business development company in Appalachia funded by the federal Office of Economic Opportunity. In 1989, he became General Counsel of the South Shore Bank of Chicago, where he remained until he retired in 2009. 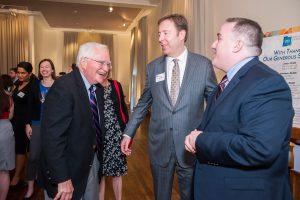 “The PILI Board of Directors and staff are saddened by the loss of Chris and are thankful for his 35 years of involvement with and support of PILI,” said Executive Director Michael Bergmann. “Chris was such a warm and kind person, and he was truly dedicated to PILI and our mission. He will be missed greatly and we extend our deepest condolences to his family and loved ones.” 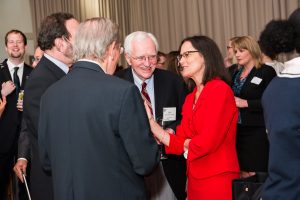 Chris’ family has encouraged those who wish to honor his legacy of service to make a gift to PILI to support the Christopher J. Horsch Memorial Law Student Intern starting in 2021. You may make such a donation through our website and be sure to mark it as a Tribute Gift and include Chris’ name. Donate now »

Chris’ obituary can be found here.

You can also read Chris’ Board Member Spotlight from 2017.