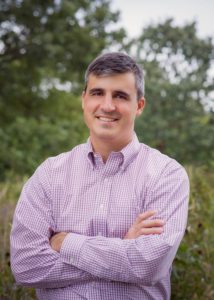 At their October 2019 meeting, the Public Interest Law Initiative (PILI) board elected Christopher Wells of the Illinois Attorney General’s Office to its Board of Directors.

Chris is currently the Chief of the Public Interest Division at the Illinois Attorney General’s Office. He joined the Attorney General’s Office in November 2015 and has worked on negotiating the consent decree to reform the Chicago Police Department, combating discrimination and wage theft in the restaurant industry, and enforcing state ethics laws. Prior to his work at the Attorney General’s Office, Chris was an attorney at Jenner & Block for four years where he had an active pro bono practice assisting immigrants in criminal matters as well as asylum cases. He also won the firm’s Albert E. Jenner Pro Bono Award as part of a team of attorneys that obtained their client’s release after 27 years in custody. Chris received his Juris Doctor from Stanford Law School and his undergraduate degree in history from Yale University.

“I have admired PILI’s mission and work since law school, and I am thrilled to join the board of this outstanding organization,” said Chris.

We look forward to be working with Chris and looking forward to having his input in the coming years!