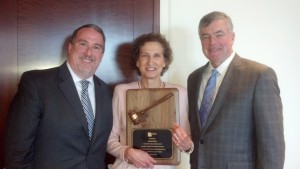 A partner with Jones Day, Lee Ann’s practice is concentrated on complex business litigation. She has extensive experience in the areas of class action, securities, commodities and commercial litigation, with substantial trial experience before state and federal courts. She has served as lead counsel in the representation of issuers, officers and directors, and securities broker-dealers and commodity futures commission merchants, in state and federal securities and commodities fraud litigation. Lee Ann also serves as the administrative partner and pro bono coordinator for the Chicago Office of Jones Day. In addition to serving on PILI’s Board of Directors, Lee Ann is also a member of the Leadership Board of the National Immigrant Justice Center.

Under Lee Ann’s leadership, PILI grew its Law Student Internship Program by 31% and launched six Judicial Circuit Pro Bono Committee across Illinois; launched an entirely new website, revised our Mission Statement and established our first-ever Vision Statement; saw increased support in all areas of giving, but most especially with individual giving, including $25,400 committed over five years through the PILI Giving Circles; and placed our first Interns outside of Chicago at Land of Lincoln ad Prairie State and added our first Board members from outside of Chicago.

PILI is so very grateful to Lee Ann for her service and dedication to PILI!