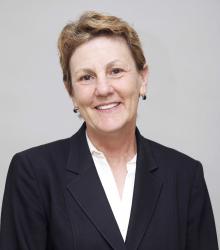 Laurie Mikva was a PILI Law Student Intern at the Better Government Association (BGA) in 1982. Shortly thereafter, she graduated from New York University School of Law and began her career in legal aid.

“I have found that my passions are working on justice gap issues,” said Laurie, “and in providing direct representation to people who cannot afford a lawyer.”

As a PILI Intern, she investigated an “enemies” list, compiled by the FBI in conjunction with various United States Presidents, which included law-abiding U.S. citizens placed on the list based on information gathered from secret surveillance of individuals and organizations. “It was very exciting to be working on this matter.” Laurie said.

After law school, Laurie worked as a law clerk, public defender and legal aid attorney. She is now an Assistant Clinical Professor at the Northwestern Pritzker School of Law’s Bluhm Legal Clinic.

Laurie is active with PILI and the PILI Alumni Network. She regularly participates in our Advising Program, volunteering as an advisor for current PILI Interns. She is also a regular volunteer at PILI’s Legal Prep Community Law Clinic, where she has taken on pro bono clients.

“My experiences since reconnecting with PILI some years ago have enhanced my career and provided me with greater connection to public interest community in the Chicago area,” Laurie said.

She participates in PILI Roundtables, Forums and CLE trainings throughout the year and runs with Team PILI at CVLS’ Race Judicata. “I learn a great deal at these events and have an opportunity to interact with other public service lawyers,” she said.

In addition to her work with PILI, Laurie was appointed to serve on the Board of Directors of the Legal Services Corporation by President Barack Obama in April 2009. There, she focuses much of her energy on closing the justice gap and also oversees LSC management and grantees. Additionally, she volunteers with First Defense Legal Aid to work with individuals in police custody and with the ACLU to assist minors seeking a judicial bypass of the Parental Notification of Abortion law. In 2010, Laurie received PILI’s Distinguished Alumni Service award.

“I feel very lucky to have been able to spend my legal career in various public service endeavors,” said Laurie.