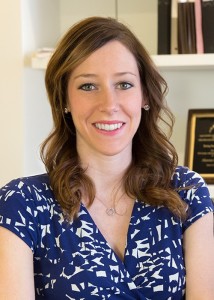 Shawna Boothe has always had a passion for restorative justice and criminal justice reform. After graduating from the University of Illinois College of Law in 2013, she was able to further explore her passion as a PILI Graduate Fellow at the Chicago Appleseed Fund for Justice before beginning as an associate at Schiff Hardin.

During her Fellowship, Shawna drafted a proposal to the Illinois Supreme Court outlining a court model, called the Access to Community Treatment Court or ACT Court, which would link individuals with substance abuse disorders with community-based services. The ACT Court was implemented at the Leighton Criminal Courthouse, and in September 2015 it celebrated its first graduation of individuals who successfully completed the program. This was a major milestone for Shawna’s PILI Fellowship project.

Since launching her career as a complex civil litigation attorney, Shawna has maintained an active pro bono practice. “My time as a PILI Fellow introduced me to a network of lawyers, judges and organizations that value pro bono work,” said Shawna. “Through these connections and my firm’s commitment to pro bono and community service, I have built a strong pro bono practice, which has provided me with significant litigation experience, rewarding cases, and the opportunity to meet good people who would not have had access to the justice system or adequate representation without pro bono assistance.”

Her most recent pro bono case was through the Chicago Alliance Against Sexual Exploitation (CAASE), and it involved representing a college student who reported being sexually assaulted to campus security and was sued by the accused for defamation. Shawna and her team helped to establish a new law in Illinois that college students may report crimes of sexual assault to campus security under an absolute privilege, a sweeping victory for college students who are victims of sexual violence. Illinois is only the second state that now guarantees that reports to campus security can be made without risking a defamation lawsuit. At the end of the month, Shawna and the other Schiff Hardin attorneys on the case will receive the Pro Bono Superstars award from CAASE at the end of September.

Shawna also recently completed another case through Chicago Volunteer Legal Services (CVLS) that was a complex child custody dispute with a mother who wanted to move to Ireland. Shawna spent nearly 200 hours on the year-long case that crossed international borders to secure a settlement that was in the child’s best interest.

In 2014, Shawna received the Rising Star Award from the Chicago Bar Association’s Young Lawyers Section, of which she is an active member. She is also a volunteer for the Wills for Heroes Foundation, and has been a panelist at PILI’s Educational Seminar Series for current Interns and Fellows.

“My commitment to service is at the center of my legal practice,” said Shawna. “I find my community service and pro bono work to be deeply rewarding, and a way to give my time and skills to improve the court system, the legal profession and the lives of the people we serve.”