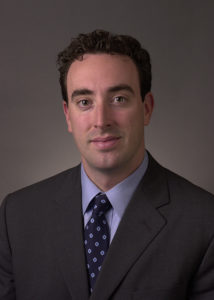 The Public Interest Law Initiative (PILI) has elected Kevin M. Fee, a partner at Sidley Austin, to serve on its Board of Directors. Kevin focuses on White Collar Government Litigation & Investigations, Commercial Litigation and Disputes, and Consumer Class Actions. He is also the Chair of the firm’s Pro Bono Committee in the Chicago office.

“I am extremely excited to join the board of such a storied organization,” said Kevin. “PILI has done so much good in our community and I look forward to helping PILI continue to achieve its mission however I can.”

Kevin maintains his own active civil and criminal pro bono practice, including currently working with the American Civil Liberties Union (ACLU) on behalf of a class of incarcerated juveniles in Illinois challenging the conditions of their incarceration, with Public Counsel on behalf of a putative class of families separated at the U.S.’s southern border, and representing an inmate on death row in Alabama as part of Sidley’s Capital Litigation Project. Kevin has chaired a monthly firm-sponsored free legal clinic for close to a decade and previously served on the Board of Directors of Chicago Volunteer Legal Services (CVLS).

Kevin is replacing Richard O’Malley, Jr., who recently retired from Sidley Austin and was named a PILI Life Director. Dick joined the board in 1999 and served as Board President from 2014 to 2016.

PILI is grateful to Kevin and Dick for their service. The Board of Directors is currently led by President Brad Lane of Brinks Gilson & Lione and Vice President Sarah Bernstein of Barack Ferrazzano Kirschbaum & Nagelberg. See a full list of PILI’s Board Members here »