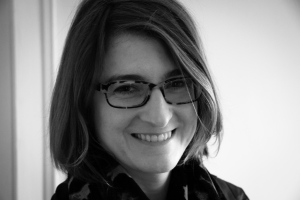 This is a guest post from Cristina Headley, a Staff Attorney and the Illinois ADA Project Manager at Equip for Equality. Cristina is also a PILI Alum and serves on PILI’s Alumni Network Leadership Council. This post was published on the 31st anniversary of the signing of the Americans with Disabilities Act.

July 26th, 2021 marks the 31st anniversary of the signing of the Americans with Disabilities Act. This comprehensive civil rights law prohibits discrimination on the basis of disability in employment, state and local government, public accommodations, commercial facilities, transportation, and telecommunication. At the time of its signage in 1992, Professor Arlene Mayerson wrote

“The ADA is based on a basic presumption that people with disabilities want to work and are capable of working, want to be members of their communities and are capable of being members of their communities, and that exclusion and segregation cannot be tolerated. Accommodating a person with a disability is no longer a matter of charity but instead a basic issue of civil rights.” 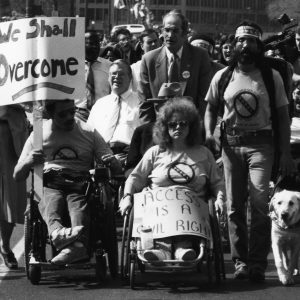 After 31 years, people with disabilities are closer to the goals of equality of opportunity, full participation, independent living, and economic self-sufficiency as defined by the law. Nonetheless, many people who want to live, work, and receive services integrated in the community wait for state and local governments to provide those opportunities as mandated by title II of the ADA and the Supreme Court’s decision in Olmstead v. L.C., 527 U.S. 581 (1999). In Olmstead, the Supreme Court held that title II prohibits the unjustified segregation of individuals with disabilities and that public entities must provide community-based services. The court explained that “confinement in an institution severely diminishes the everyday life activities of individuals, including family relations, social contacts, work options, economic independence, educational advancement, and cultural enrichment.”

The COVID-19 pandemic amplified the importance of enforcing and funding the ADA’s integration mandate. It showed that living outside of institutions not only provides individuals with disabilities with an opportunity to participate in community life, but also can mean a difference between life and death. People with disabilities who live in congregate facilities and the people who provide their services have experienced high rates of infection and death. One study with “data from eight states representing about one-third of the U.S. population found that people with [an intellectual or developmental disability] who leveraged community-based services were no more likely than members of the general population to contract the coronavirus.”

Despite enormous benefits of community living and the dangers of institutional living, Illinois remains reliant on large public and private institutions. There are currently 1,650 individuals living with IDD in Illinois state-operated developmental centers. In contrast, Wisconsin had 307 people in 2020, and Indiana and Michigan have none. Moreover, unlike its neighbors, Illinois has a large system of private IDD institutions (ICD-DDs), with more than 200 ICF-DDs serving more than 3,700 people.

Especially in Illinois, we must invest more into home and community-based systems so that people with disabilities can live safe and fulfilling lives in their homes and communities as the ADA requires.