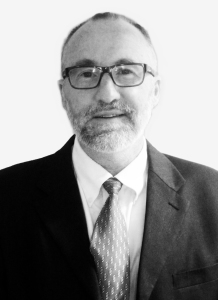 Dan Lindsey has been a member of PILI’s Board of Directors since 2012. As a Supervisory Attorney at LAF, the largest provider of legal services for people living in poverty in the Chicago area, Dan has long overseen the small army of interns that LAF hosts every year, including many PILI Interns and Fellows.

“For years I have seen up close how valuable PILI Interns and Fellows are to LAF and its clients,” says Dan. “I am happy to have the chance to give back to PILI; hopefully, my insights as LAF’s student hiring coordinator can strengthen PILI’s student programs and can benefit other receiving agencies as well.”

Last month, Dan was honored with the Jerold S. Solovy Equal Justice Award from LAF at their Annual Luncheon for his work in the areas of housing and consumer law. In the wake of disastrous predatory lending practices that led to the foreclosure crisis and cost families their savings, their homes and their security, Dan has worked to preserve individual clients’ homes while also advocating tirelessly for better laws at the local, state and national level. “To say that Dan is deserving of this prestigious award is an understatement,” wrote LAF. “He has a record of leadership and a nationally-recognized expertise in preserving the homes of our clients.”

Posted in Board Member Spotlights and tagged Board member spotlight.