During the week of October 23-29, PILI participated in the national celebration of Pro Bono Week. Celebrated annually and organized nationally by the American Bar Association’s Standing Committee on Pro Bono and Public Service, Pro Bono Week is intended to inspire even greater pro bono participation by lawyers throughout the nation. 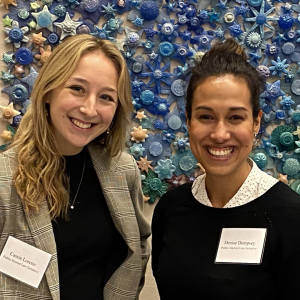 PILI celebrated with a variety of virtual and in-person events across the state over the course of several weeks. PILI held nine live events and two virtual events as part of the celebration, bringing together over 350 pro bono advocates from across the state. We also recognized five local attorneys through several of our Judicial Circuit Pro Bono Committees for their outstanding pro bono work during events held throughout the week. Congratulations to our award recipients! Our staff were on hand as well for the CBA YLS’ 29th Annual Pro Bono & Community Service Fair.

We also celebrated Pro Bono Week with some of our partners by doing pro bono! Several clinics were held, including DePaul University College of Law where attorney-alumni paired with law students to answer questions, Discover hosted a clinic as part of its Discover Cares event and The Illinois Defense Counsel hosted two clinics. Through these clinics, over 50 questions were answered. 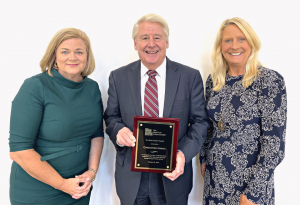 Christopher currently maintains a private practice in Alton and serves the southern Illinois community as a trial attorney and mediator in civil and domestic relations disputes. He serves frequently as Guardian Ad Litem for the Third Judicial Circuit in the family and probate divisions. Christopher extensively uses his talent and time to volunteer for Catholic Charities and the Third Judicial Circuit Pro Bono Committee. He has spoken regularly at Pro Bono Committee seminars on a variety of topics relating to his numerous areas of practice. He has served as Pro Bono Guardian Ad Litem in difficult and lengthy adoption and family cases. Christopher obtained his Bachelor of Arts with high honors from MacMurray College in Jacksonville, IL and graduated from St. Louis University School of Law. 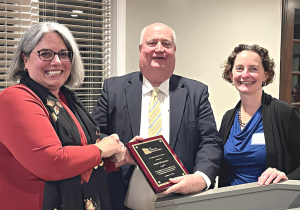 James finished his professional career as Vice President, Market and Trust Manager at First Financial Bank, N.A. in Terra Haute, Indiana. After retiring, James decided to do senior health insurance program counseling through a local care provider. James has helped this program get off the ground through assisting seniors with legal needs such as assisting a client obtain guardianship of their mother. James obtained his Bachelors of Finance and Business Economics from Notre Dame and graduated from DePaul University School of Law.

Anne Martinkus is an associate at Erwin, Martinkus, & Cole, LTD. She obtained her Bachelors from the University of Illinois and graduated from Thomas Cooley Law School. Anne specializes in Family Law, Adoption, and Guardianship. Anne is recognized for her willingness to serve pro bono as Guardian ad Litem, particularly in a recent case where all parties expressed their immense gratitude for Anne’s counsel and guidance. 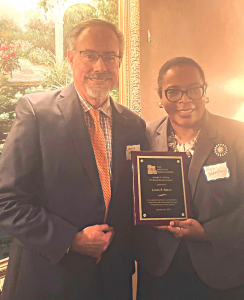 Louis is a solo practitioner with a busy law practice, and he also is a part-time Peoria County Assistant Public Defender handling a high caseload in Juvenile Abuse and Neglect Court. Since becoming licensed in 1990, Louis has made pro bono representation a high priority. He accepts referrals of pro bono matters from Prairie State Legal Services and the Conflict Panel of the Tenth Judicial Circuit Pro Bono Committee on a consistent basis in the areas of family law as well as other civil legal areas. Louis has provided the Family Justice Resource Center with ongoing pro bono consultation and representation for individuals who have had children removed from their homes due to allegations of abuse or neglect. Louis is exceptionally committed to making the law just, accessible, responsive, and meaningful to everyone in our judicial system. 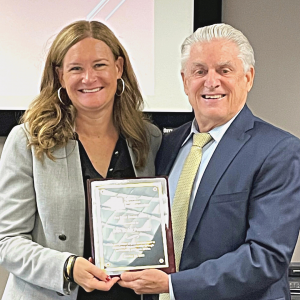 Mia has served as a solo practitioner, specializing in the areas of felony and misdemeanor criminal defense, municipal law, municipal prosecutions, and family law. Mia has dedicated a significant amount of time to pro bono work and helping those in DuPage County. Specifically, Mia spent many hours as a lead organizer in the DuPage County Expungement Clinic where she trained attorneys, determined case eligibility, and met with clients.

As we wrap things up, we want to say an enthusiastic “THANK YOU!” to all of PILI’s pro bono volunteers from across the state through our pro bono opportunities, including our Self-Represented Litigant Help Desks, Illinois Armed Forces Legal Aid Network, Illinois Free Legal Answers and Conflict of Interest Pro Bono Referral Panel. Though the efforts of these volunteers, PILI has helped over 3,000 low-income Illinoisans over the last year with their civil legal issues.

Learn more about how to Get Involved with PILI and how to Support our Work.