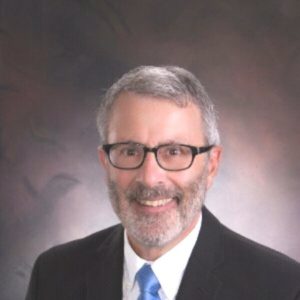 Judge Michael Brandt (Ret.) was a Circuit Court Judge in the Tenth Judicial Circuit for over 20 years, including being Chief Circuit Judge from 2011 to 2013. After retiring from the bench, he continued his law practice and is now an avid pro bono volunteer. When PILI launched the Conflict of Interest Pro Bono Referral Panel in the Tenth Judicial Circuit, Judge Brandt was one of the first to volunteer. Read about his volunteer experience below.

How did you first get involved with the Conflict of Interest Pro Bono Panel?

I first became involved around 2012 when I was Chief Circuit Judge of the 10th Circuit when PILI was first invited to organize a Tenth Judicial Circuit Pro Bono Committee. I have been a member ever since. When I retired from the bench I went into solo practice and I took on pro bono cases from Prairie State Legal Services. I became chair of the Peoria County Bar Association Pro Bono Committee for a year around 2015 or 2016. At that time, that committee was handling the conflict cases. I continued to volunteer once PILI started doing the conflict cases.

Why did you want to volunteer?

I started doing pro bono work for Prairie State when I was first in private practice from 1982 to 1993; had to stop, of course, when I became a judge; and now again since 2014. It’s the right thing to do.

What do you enjoy about this volunteer opportunity?

Doing pro bono work gives back, gives thanks, and does good, and it’s something that I can do. I ruled out building houses for Habitat for Humanity for safety reasons and philanthropic committees are not my cup of tea.

What advice would you have for someone interested in volunteering?

Every little bit helps. One case a year or have one active pro bono case on-going. You will not be forced to take any case you are uncomfortable with. The help and resources from Prairie State, PILI, and the bar associations are tremendous. You won’t be alone. And you are helping our civil justice system (strained by pro se litigants); most importantly, you are helping people in need.