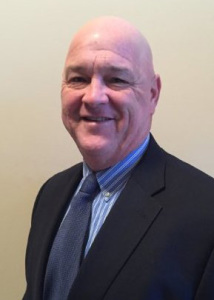 This is a guest post from Scott Vogelmeier, a Senior Compliance Analyst at State Farm Bank in Bloomington and a member of the Eleventh Circuit Pro Bono Committee. This article originally appeared on LinkedIn.

I didn’t actually utter those words aloud, but if I had, I would have certainly added something about needing to be paid for the work I performed. After all, I was just starting my solo practice in El Paso, Texas in 2002 after having practiced in Ohio the previous ten years. I needed paying clients when I received a letter from the District Court which informed me I had been appointed to represent a Low-Moderate Income client with respect to her divorce. After reading the letter, I asked another solo with whom I shared an office, why I received the appointment. He explained the representation was mandatory in El Paso County and that each practicing attorney was expected to take on two pro bono cases a year.

Now as a trained attorney always looking for an argument, I decided that I would not just accept that explanation. My position was that I did not “have to” render such representation. Since I had just started my solo practice (read: I had little to do anyway), I Immediately made my way to the law library. I know, since I wasn’t busy, then why the pushback on the request? I can only say at that time, I was younger and always spoiling for a fight. This fight seemed to have promise as it was one I thought I could win. I like to win! More on that later.

I made my way through the stacks to find the sought after reference, the Texas Disciplinary Rules of Professional Conduct. Quickly and excitedly, I zeroed in on Rule 6.01 “A lawyer shall not seek to avoid appointment by a tribunal to represent a person except for good cause, such as: the client or the cause is so repugnant to the lawyer as to be likely to impair the client-lawyer relationship or the lawyer’s ability to represent the client.”

I had never been divorced. I am happy to say my record remains intact after 28 years of marriage, but I digress. Since I had never been divorced, I sanctimoniously decided I did not wish to assist someone else in obtaining one. Yes, the cause I decided, was repugnant to me. But would that be enough? Should I quit there? I had not too far in the past taken the ethics portion of the bar exam and I remembered something about needing to be competent to render the representation. Yes, there it was, Rule 1.01, “[a] lawyer shall not accept or continue employment in a legal matter which the lawyer knows or should know is beyond the lawyer’s competence…” I had not done a case like this in ten years and I had never done one in Texas. This should be good enough. Time to call the court.

I picked up the phone and called the Court and the Judge’s Coordinator answered. I explained who I was and what I was calling about. I cited the Rules and why I could not take the appointment. “That will be fine Mr. Vogelmeier, by the way, what type of law will you be practicing?” Wow! That went a lot easier than I thought it would. I kind of felt like I got cheated out of my fight a little. No matter, I win! “I am a consumer attorney,” I replied. “I used to be a prosecutor and a criminal defense attorney in Ohio, but now my practice focuses on the representation of individuals who are being sued or harassed by debt collectors.” ‘Welcome to El Paso, I am sure I will be seeing you around the courthouse,” was the response.

That was the end of that. About 6 months later I received a call from Texas Rio Grande Legal Aid. “Mr. Vogelmeier, we have a woman who was arrested for passing a bad check. She has an eight year old son who has a dog. The dog was sick and she feared it would die. She knew she did not have the funds to cover the check she wrote to the veterinarian but how could she not take care of her son’s dog? At any rate Mr. Vogelmeier, she was arrested. We spoke to the Judge’s Coordinator and she says you not only have experience with criminal law, but with debt issues as well. Would you be able to assist this client?” Well, fresh out of Disciplinary Rules upon which I could rely, I agreed to the representation.

I don’t really remember the specifics of the case, but I do recall it was successful. I remember the client literally crying in my office having been moved to tears of relief and joy by someone who was “willing” to help her. I felt both proud and ashamed at the same time. I was happy to have helped but I knew it had not been done for the purest of reasons. I was worried about collecting fees in order to earn a living. This person could not have, and many others cannot pay a fee anyway? How stupid (and perhaps worse) selfish was I? Was not this woman’s gratitude more valuable than any fee? I assure you it was. While you will not always hear from clients who you have helped, I have received cards, letters, and even homemade cookies. Trust me when I tell you that those are “Little Drummer Boy” gifts, they come from the heart and carry far more significance than the writing of a check.

I practiced solo for 20 years and I am mindful of the fact that fees must be earned and that having no partners means they must be earned by one’s own efforts. But a little older and hopefully a little wiser, I tell you one is not mutually exclusive of the other. Rather, providing pro bono services is like the sauce on a hot wing. You can enjoy the wings, but it’s the sauce that completes it. You can assist your clients and get compensated for your efforts, but it’s assisting someone less fortunate that complements and ultimately completes your practice. It’s the sauce. Pro bono efforts, which often times do not require a large time commitment, are so important and can even be life changing for both provider and recipient.

After this case I became the go-to guy for Legal Aid in El Paso County, Texas. Any debt collection matter that qualified for legal aid representation was sure to find its way to me and I was happy to have that be the case. I remained active in El Paso until I moved to Illinois. Now I am honored to work with the Public Initiative Law Institute, Prairie State Legal Aid and the Community Preservation Clinic at the Illinois College of Law.

Nearly fifteen years ago, I thought I had “won” before with that clever argument about why I did not have to accept the divorce case. Experience has taught me that I hadn’t won then, but I am winning now!