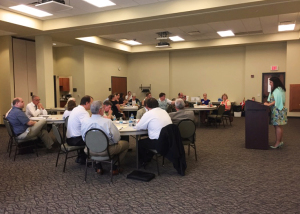 Attendees agreed to take on a pro bono matter within the next year and received 3.0 hours of MCLE credit. Special thanks to all those who attended and to the speakers.