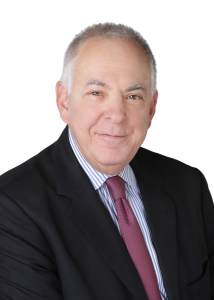 From his time in law school throughout his nearly five decades as an attorney at Dentons US LLP, Harold Hirshman has been a tireless advocate for underrepresented populations. His extensive pro bono work has helped give a voice to the voiceless, and a chance for justice to those whom society often overlooks.

A 1969 graduate of The University of Chicago Law School, Harold represented student protesters in front of a disciplinary council while he was still a student. In 1973, he sued the Navy on behalf of two lesbian women who were being wrongfully discharged. In 1984, he represented Planned Parenthood arguing their ads should be allowed on Chicago Public Transit. He also sued the FBI for providing a gun, car and driver to assist in the murder of a young drug runner. He has represented the American Jewish Congress challenging the display of crèches on public property, has filed several fair housing suits against the Chicago Housing Authority (CHA), and has represented numerous prisoners in individual actions against the Illinois Department of Corrections.

Recently, Harold worked for seven years on a class action lawsuit, Rasho v. Walker, to improve the treatment of thousands of prisoners with mental illnesses currently incarcerated through the Illinois state correctional system. In 2015, the case reached a settlement that will dramatically improve conditions for this underrepresented population, with $50 million in funding for better treatment options and facilities.

“Harold Hirshman is that rare attorney – an extraordinary litigator who also has a deep compassion for the disenfranchised. In the Rasho case alone, Harold’s work will result in the dramatic improvement of the lives of thousands of prisoners with mental illness, who had previously been denied critical mental health treatment while living in deplorable conditions.”
– Barry C. Taylor, VP for Civil Rights and Systemic Litigation at Equip for Equality

Learn about the recipients of PILI’s other 2015 Awards »