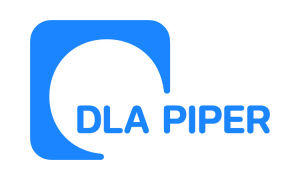 As one of the largest law firms in the world, DLA Piper develops, manages and delivers quality pro bono legal services in immense size, scale and scope. Their pro bono work supports expanding access to justice and the rule of law in the communities where they work and around the world. Pro bono is ingrained in the firm’s culture and their lawyers in Chicago are terrific examples of that culture, contributing nearly 23,000 hours of pro bono service in 2012 alone.

DLA Piper’s pro bono work in Chicago is both varied and strategic. While encouraging lawyers to take on matters in areas that interest them, they focus their work into signature projects to amplify their impact. For example, since 2009, DLA Piper has adopted the Woodlawn community, focusing its resources on serving the children and families who attend the nine schools in that neighborhood. The centerpiece of that project is a monthly legal clinic that the firm set up in 2010, along with LAF, for families in the area, which has served over 500 individuals since it opened its doors. DLA Piper also organizes literacy nights and book drives, tutors elementary school students, teaches Street Law Classes with their firm client Verizon and sponsors a high school debate team at the University of Chicago Charter School-Woodlawn Campus.

The office also has a longstanding commitment to juvenile justice, which firm lawyers adopted as a signature project in 2004. Since that time, DLA Piper has not only provided direct representation to juveniles in both juvenile and adult court, they have also done policy work on the issues of juvenile life without parole and re-entry into school after detention, and have helped spark a city-wide juvenile expungement project.

The firm’s global commitment to hunger relief began in the Chicago office with partner Bill Rudnick, who began a relationship with the Greater Chicago Food Depository (GCFD) more than 25 years ago. That work has expanded beyond Chicago and the firm now represents food banks in many of the cities where they have offices, as well as promoting food banking through a nonprofit that they helped form, The Global FoodBanking Network. Thanks to the work that began in Chicago, some DLA Piper offices participate in food sort nights and all offices participate in the annual food drives. In 2013, the Chicago office collected $23,165.87 and 200 lbs. of food for the Greater Chicago Food Depository.

DLA Piper is honored by the work of its lawyers and staff who support local Chicago communities each and every year. Whether it’s providing legal services to the underprivileged or volunteering for local nonprofit organizations, the firm’s pro bono culture strives to make a positive impact on those it works with. PILI is pleased to present this award to DLA Piper in recognition of the firm’s substantial pro bono contributions, which have had a tremendous impact on those in need.