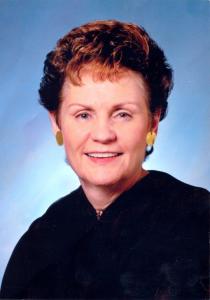 Chief Justice Rita B. Garman has served on the Supreme Court of Illinois since 2001 and as Chief Justice since October 2013. She began practicing law in Danville with the Vermilion County Legal Aid Society. Later, she became an Assistant State’s Attorney and then entered private practice in Danville. She eventually held every possible
position in the judiciary, and is the first Chief Justice to have done so. Chief Justice Garman is only the second woman to serve on the Illinois Supreme Court and is presently the longest serving female judge and second longest-serving judge in Illinois.

A champion of public interest law and strong advocate for pro bono, Chief Justice Garman believes that pro bono service is not only admirable, it is a professional and societal obligation. She has also been very supportive of PILI’s Judicial Circuit Pro Bono Committees, helping promote pro bono legal services around the state.

“In her journey from legal aid lawyer to Chief Justice of the Illinois Supreme Court, Rita Garman has embraced public service. She has
opened doors for other women lawyers, encouraged judges to improve their skills, and led efforts to make the justice system in our state more fair. Chief Justice Garman inspires everyone who values the Rule of Law.”
– Illinois Supreme Court Justice Mary Jane Theis

Learn about the recipients of PILI’s other 2015 Awards »