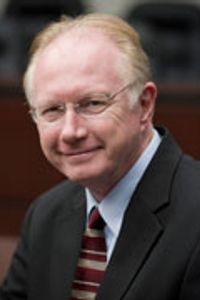 The Public Interest Law Initiative (PILI) is excited to announce additional funding for its Law Student Internship Program made possible by the Lawyers Trust Fund of Illinois. This funding is given in honor of former Illinois Supreme Court Justice Thomas Kilbride to fund four additional Interns during the summers of 2022 through 2026. With these new Honorary Named Internships, PILI and LTF are specifically intending to highlight law students whose backgrounds and experiences allow the class of PILI Interns to be a closer reflection of the communities our Interns serve.

PILI’s Law Student Internship Program connects law students from across the country with public interest law agencies in Illinois and pays them for their work. Interns receive $6,000 for working 400 hours during the summer and $3,000 for working 200 hours over a semester. Interns can also receive law school credit for their Internship. In 2021, PILI sponsored 62 Law Student Interns who worked 21,600 hours and served 2,086 clients.

LTF is a major funder of civil legal aid services in Illinois and will distribute grants totaling approximately $12,250,000 in CY 2022. Established in 1983, LTF makes grants from revenue generated by the Interest on Lawyers’ Trust Accounts (IOLTA) program, as well as a legal aid fee assessed on Illinois lawyers as part of the annual attorney registration process.

“The Lawyers Trust Fund’s board of directors could think of no better way to honor Justice Kilbride’s remarkable legacy than helping to launch the legal aid careers of 20 diverse law students,” said Mark Marquardt, executive director of LTF. “The intention is that all will go on to have rewarding and impactful careers in public interest law. If one of them ends up on the Illinois Supreme Court someday, that would be a bonus.”

Especially over the past two years, both PILI and LTF have redoubled their efforts to increase justice, diversity, equity and inclusion in the public interest law sector.

“PILI is grateful to be chosen to receive this grant and to have the opportunity to celebrate the legacy of service of Justice Kilbride.” PILI Executive Director Michael Bergmann said. “Moreover, these additional Interns embody the focus of our DEI Working Group to ensure greater diversity within our Intern population and ultimately the larger public interest law sector.”

A dedicated public servant, Justice Kilbride has made numerous, substantial contributions to advancing access to justice within Illinois during his career. Beginning as a legal aid attorney, he developed a robust private practice before running for the Illinois Supreme Court and joining the bench in 2000. During his 20-year tenure, Kilbride spearheaded the initiation of the Illinois Supreme Court Commission on Access to Justice which was established in 2012 with the intention to, “Promote, facilitate and enhance equal access to justice with an emphasis on access to the Illinois civil courts and administrative agencies for all people, particularly the poor and vulnerable.”

Since departing the state judiciary, Justice Kilbride has begun to serve as co-chair of the Illinois Judges Association (IJA) Pro Bono Committee. has been recognized by institutions across the state for his dedication to public service, including The Chicago Bar Foundation which honored him by creating an award in his name, The Justice Thomas. L. Kilbride Public Service Award. He also received the Lex Adjuvat Omnes Award from the Illinois Chapter of American Board of Trial Advocates (ABOTA) in 2021, and the Distinguished Public Service Award from PILI in 2011, among others.

“I am truly grateful for this honor from the Lawyers Trust Fund,” said Justice Kilbride, “I am proud to have my name associated with PILI and with the future PILI Interns who will serve the public interest because of this funding. LTF and PILI are in my heart.”

For more information about PILI’s Law Student Internship Program, including how to apply, visit PILI’s website. The application system for summer 2022 Internships is now open.