John E. Clay, 93, passed away on Saturday, October 17, 2015 in Sarasota, FL. John was one of PILI’s founders and he served until his passing as a Life Director on PILI’s Board of Directors. He was a former president of the Board of Directors and a former Executive Director of PILI. We are so very thankful for all of John’s contributions and extend our deepest condolences to his family. John’s obituary is below. 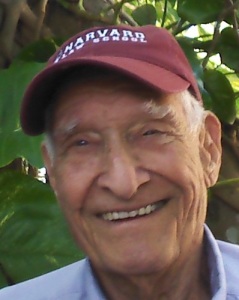 John E. Clay, civil rights advocate, environmental activist, humanitarian, word maven, author, tree farmer, log cabin builder, mountain climber, skier, loving husband and father died in Sarasota shortly before his 94th birthday of congestive heart failure. Passionate about living life fully, genuinely interested in other people’s lives and endeavors, he retained to the end an inspiring vitality and engagement with life. John’s many friends and family remember his enthusiasm for doing the “impossible” and he did so many times in his long life.

Born in Kansas City, Missouri, a graduate of Carleton College and Harvard Law School, John was a senior partner in the Chicago law firm Mayor, Brown and Platt until his retirement in 1988. At that time he was also the President of the Public Interest Law Initiative (PILI) in Chicago. He resigned as President and was hired as the first Executive Director of PILI. In this new role, John expanded the reach and positive impact of PILI’s programs on the lives of many people who could not have otherwise had access to legal services.

In 1952, John helped to convince Governor Adlai Stevenson of Illinois to run for President as part of a genuine “draft Adlai” movement. In 1968, he became chairman of a Chicago group that strongly supported Senator Eugene McCarthy’s first bid for President, which convinced President Johnson not to seek re-election due to strong opposition to the Vietnam War. When McCarthy ran again, in 1976, he picked John Clay as his running mate in Illinois. Their ticket received 60,000 votes.

In 2000, John published his book of words “by, for and against our presidents from Washington to Clinton” entitled “Snollygosters, Airheads and Wimps,” with a foreward by his longtime friend Eugene McCarthy.

Donations in honor of John’s life may be made to the American Civil Liberties Union or the Public Interest Law Initiative.