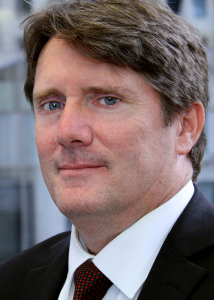 Phillip Mohr graduated from DePaul University College of Law, and was a volunteer at CVLS before he began working there in 1991. He became the Family Law Director in 1996 and the Deputy Director in 2006.

In addition to his Deputy Director duties, Phil trains and tutors volunteers and manages his own case load, working mostly in family law cases such as divorce, parentage, adoption and guardianships. Outside of work, he is an elected Park District Commissioner in Lake Barrington, Illinois and runs sports programs for his kids.

Phil first got involved with PILI while working alongside PILI Interns and Fellows at CVLS. “I got to understand the benefit they provided,” he said. As he progressed at CVLS he became the supervising attorney to PILI Interns and Fellows. He also got more involved by promoting the PILI program at law schools with Roslyn Lieb, the Executive Director at the time. He continues to help with that outreach every year,

Phil’s personal relationship and understanding of PILI has made him an asset to the PILI Board since he joined in 2015. “I think PILI is a great organization that provides substantial benefit to the Illinois legal community,” he said.  “It’s been great to participate in the organization from a board and management perspective and contribute to the organization from that side.”

Posted in Board Member Spotlights, News and tagged Board member spotlight, News.