At their July 2019 meeting, the Public Interest Law Initiative (PILI) board elected three new members with terms to start at the beginning of FY2020 on September 1, 2019, including Kimberly Barton of JPMorgan Chase & Co., Melissa Picciola of Legal Aid Chicago and Trisha Rich of Holland & Knight.

Kimberly Barton is currently a Vice President and Assistant General Counsel in the Commercial Bank at JPMorgan Chase & Co.  Kimberly practiced at Chapman and Cutler LLP prior to joining JPMorgan Chase in 2016. She has a JD from the University of Iowa College of Law and a BBA in Finance, Investments and Banking, International Business and French form the University of Wisconsin – Madison.  Kimberly has provided pro bono assistance to low-income housing developers and small businesses, asylum seekers and other immigrants, and victims of domestic violence. Kimberly currently serves on the Chicago Pro Bono Committee as well as the Legal Charitable Giving Committee at JPMorgan Chase & Co.

“I believe equal access to justice is incredibly important, now more than ever, and I am looking forward to helping PILI achieve that goal,” said Kimberly. 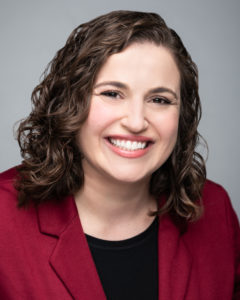 Melissa Picciola is the Director of Volunteer Services at Legal Aid Chicago, overseeing volunteer and pro bono projects. She supervises internships, in-house volunteers, community legal clinics, and law firm and corporate partnerships and has created volunteer focused projects at Legal Aid Chicago, serving clients in advance directives, eviction defense, and record expungement. She also oversees Legal Aid Chicago’s 45-member, statewide AmeriCorps VISTA program. She joined Legal Aid Chicago in 2018 after a career in legal aid. She has practice experience in family law and domestic violence, eviction defense, and representing people with disabilities on individual and systemic matters. Melissa received both her undergraduate and law degree from the University of Illinois at Urbana-Champaign. Melissa Picciola is replacing Kate Shank who has been serving on the board since 2016.

“I am thrilled to be joining the board of an organization with a mission I am so passionate about,” Melissa said. “I am looking forward to working with the entire PILI organization to help bring out about equal access to justice.” 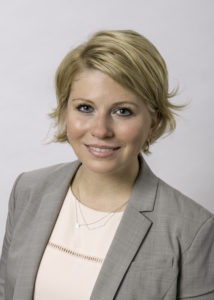 The board also elected Trisha Rich as a representative from the Chicago Bar Association Board of Managers for a one-year term. Trisha is Partner in Holland & Knight’s Chicago office, where she works as a commercial litigation and professional responsibility attorney.  She founded and coordinates the Attorney Defense Initiative, the first privately sponsored pro bono initiative in the nation that focuses on assisting impaired lawyers facing disciplinary charges. She is a Director of the Association of Professional Responsibility Lawyers and serves as the Deputy Professional Responsibility Partner for Holland & Knight’s Chicago office. She has worked as an adjunct professor at Northwestern University School of Law in the area of legal ethics and professional responsibility. Trisha received her JD from the University of Michigan and an MA in Philosophy and BBA in Business and Economics from Western Michigan University.

“One of the most important issues that we need to tackle in the legal system is providing affordable and accessible legal services to underrepresented populations, who are often vulnerable and prone to being taken advantage of,” said Trisha. “PILI’s work is this area is instrumental and I’m excited to be able to contribute.”

We look forward to working with Kimberly, Melissa and Trisha next year. PILI is also glad to have Federico M. Rodriguez of Rodriguez Legal Group, LLC remain on the PILI board for another year as the other representative from the Chicago Bar Association Board of Managers.

PILI is extremely grateful to Mary Ann O’Connor of JPMorgan Chase & Co. who will conclude her service to PILI as a director at the end of this fiscal year. Mary Ann has served as a director since 1996, including serving as president from 2004 to 2006.  Mary Ann will continue to support PILI as a Life Director. PILI is also thankful to outgoing board members Kate Shank and Nina Fain for their service and leadership.