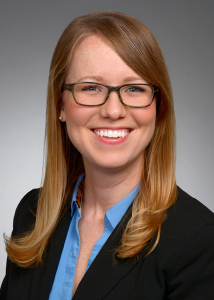 This is a guest post from Lydia Sharp. Lydia is a PILI Alum and Equal Justice Works Fellow at Equip for Equality where she provides advocacy and outreach to people with disabilities who survived sexual abuse and sex trafficking in Illinois.

Please note, the below article includes descriptions of sexual assault.

Human trafficking is a form of modern-day slavery involving:

There are many misconceptions and myths surrounding human trafficking. For example, many believe that trafficking requires movement. However, unlike smuggling, trafficking does not require transportation or movement. Please visit the National Human Trafficking Hotline to dispel more myths and misconceptions.

Traffickers may also target people with disabilities and use their medications as a means of control. Traffickers may require them to sell sex or work before receiving their required medications. Traffickers also target people with disabilities who have difficulty communicating clearly or who require assistive devices or interpreters for communication, knowing that reporting the abuse is much more difficult for these individuals.

For example, in U.S. v. Kaufman, Arlan Kaufman, a doctor of social work, and Linda Kaufman, a licensed nurse, were convicted for running an unlicensed residential treatment center for people with mental illness for more than 20 years in Kansas. The Kaufmans stole social security benefits and fraudulently billed Medicare for the “services” provided. They forced residents to perform sex acts on each other and recorded these acts. They also forced residents to perform nude labor in the yard.(3)

The U.S. Department of State Trafficking in Persons (TIP) Reports indicate some additional reasons people with disabilities are especially vulnerable to trafficking. For example, the 2016 TIP report states:

Lack of training for police, prosecutors, and judges on how to accommodate persons with disabilities […] can leave victims with disabilities unable to report their abuse or effectively participate in the criminal justice process. Lack of accessible information about judicial procedures and rights may also preclude them from approaching law enforcement or courts to report abuse; those who do may encounter social biases against the credibility of their statements and evidence. […] Diminished access to the justice system and limited avenues of recourse to address abuse can empower traffickers to target persons with disabilities with a sense of impunity.

However, many disability service organizations are not aware of trafficking in their communities and many anti-trafficking agencies “miss identifying [disability as a] risk factor or fail to make provisions for people with disabilities.”(4) Thus, both those serving people with disabilities and those serving survivors of trafficking often do not realize that they are serving many of the same people, and that survivors may benefit and qualify for services in both spheres.

To better understand this intersection and increase access to justice for survivors of trafficking with disabilities, the new National Human Trafficking & Disabilities Working Group launched in 2017. If you are interested in learning more and getting involved in the fight against the trafficking of people with disabilities, please consider joining and email them for more information.