In March, PILI connected with three champions of PILI for their reflections on Women’s History Month. We are honored to spotlight Lee Ann Russo, Kyle Petersen and Davina DiPaolo. 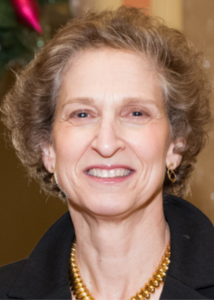 Lee Ann is a PILI Life Director, past Board President and Giving Circle member.

Lee Ann Russo recently retired as a partner at Jones Day in Chicago, where she specialized as a securities, commodities and class action litigator with wide-ranging experience in complex business litigation matters. She was a 1980 graduate of University of Virginia School of Law. She received her a Bachelor of Arts degree in Economics from the University of Notre Dame.

To use a time worn phrase, Women’s History Month recognizes that women like me stand on the shoulders of giants, many of whom remain anonymous. They left us a grand legacy that women today must work to carry on so as to bring us ever closer to fulfilling the promise of the Declaration of Independence that all men (and women) are created equal.

How has your identity informed the work that you’ve done as a lawyer?

My identity informed the work I did as a lawyer from day one of my 40 years of practice. I quickly learned that women litigators were a distinct minority in the courtroom, and that I often would be expected to perform better than my male counterparts in order to achieve the same result. Over time, with the elevation of many women to the bench and general counsel positions, and the general increase in the numbers of women in the profession, the playing field leveled considerably. I was also fortunate to work for nearly 30 years at a law firm that was as gender neutral in providing opportunities to and advancing its lawyers as I could have hoped. I felt (and still feel in the pro bono work I do with my old firm) that I owed a responsibility to pay it forward with the junior women lawyers coming up behind me.

The women we recognize during Women’s History Month committed themselves to advancing the treatment of women as equals in the voting booth, the workplace and the community in general. Over the past 25 years, I have conducted pro bono representation of asylum seekers, including women from countries where they are treated as property by their male partners and suffer domestic abuse that goes unpunished. This work highlights for me how fortunate I am to live in a country and be of a generation where women are protected by our laws from discrimination and by government officials from domestic violence.

Seek out as many women (and men) lawyers as practicable to mentor you. Also, have the confidence to be your authentic self in everything you do. 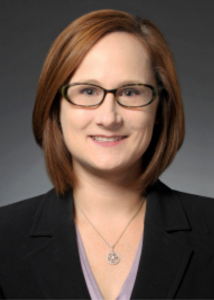 Kyle Petersen was a 2001 PILI Fellow at Ascend Justice in Chicago and is a PILI Board Member.

Kyle Petersen is a partner at Seyfarth Shaw LLP and specializes in employment defense advising and litigation. She was a 2001 graduate of IIT Chicago-Kent College of Law. She received a Bachelor of Arts degree in Political Science from Indiana University Bloomington.

For me, Women’s History Month is a time to reflect upon and celebrate the role of women in US history and the accomplishments of those who paved the way for women like me to have a successful career as a lawyer. It was not so long ago that Justices Sandra Day O’Connor and Ruth Bader Ginsburg graduated at the top of their class from the most prestigious law schools but were turned away by law firms simply because of their gender. In their lifetimes, much progress was made – as evidenced by their ascension to the highest court in the land and the fact that I am but one of many female partners in my firm. Despite that progress, the work is not done. Women still face significant gender bias at work. I view Women’s History Month as a time to acknowledge the work that is yet to be done and as a call to action that we must do better for women lawyers.

Absolutely. As a law student and now a lawyer, I have been inspired by the many women lawyers who came before me, both on the national stage and in my own networks, and know that my career is possible only due to the paths paved by those who fought for women in the law. I try to pay that forward to new women lawyers through mentoring and by actively seeking out opportunities on my case teams to give women attorneys significant projects and roles. Additionally, through my long-standing relationship with PILI, I have the opportunity to give back by connecting with law students and newly-minted lawyers as they embark on their careers. Being in a position to model and mentor is extremely rewarding.

When the self-doubt creeps in, remember, you belong here! I would also tell my younger self something I regularly tell my current self: step outside of your comfort zone and seek out challenges that will enhance your professional development. 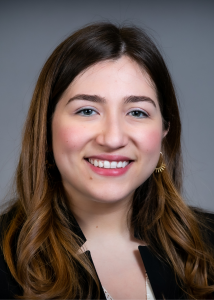 Davina was a 2019 Law Student Intern at the Roger Baldwin Foundation of the ACLU of Illinois and is a current member of PILI’s Alumni Network Leadership Council.

Davina DiPaolo is a Legal Fellow on the Women’s and Reproductive Rights Project at ACLU of Illinois. She served as a Visiting Scholar at Northwestern University Pritzker School of Law as a 3L, and is a 2020 graduate from the University of Minnesota Law School. She received a Bachelor of Arts degree in International/Global Studies from the University of Wisconsin-Madison.

Women’s History Month shines a much-needed light on the incredible accomplishments of different women—accomplishments that have historically been overlooked, ignored, or erased. In the United States, women make up about 50% of the population; and yet, we are significantly underrepresented in history textbooks. One study found that 20 women were mentioned for every 100 men in U.S. high school history textbooks. I hope that one day, Women’s History Month will no longer serve to teach people about women’s accomplishments, but rather, serve as a reminder of these accomplishments.

How does your identity inform the work that you do as a lawyer?

My identity as a woman has significantly informed the work I do as a lawyer. I currently work in the Women’s and Reproductive Rights Project at the ACLU of Illinois. In my current role, I have the unique privilege of helping young people during one of the most stressful experiences that could happen in their young lives—an unplanned pregnancy. When women, of any age, are denied the ability to choose their pregnancy outcomes, it can forever change the trajectory of their lives and futures. Through my work, I advocate for young people’s right to make this critical decision for themselves, which in turn allows them to continue pursuing their hopes and dreams. As a reproductive rights attorney, I’m acutely aware of the current threat to abortion rights in the United States. Many people are not aware that, in the U.S., nearly one in four women will have an abortion by the age of 45. If Roe v. Wade is overturned, 26 states are certain or likely to significantly restrict or outright ban abortion. As a woman, this possibility angers and frightens me, but it also fuels my desire to continue fighting for these rights for as long as I have to.

Yes, absolutely. Learning about the legacy of different women in the field of law is what inspired me to be a civil rights attorney who is deeply invested in protecting reproductive rights. As a new attorney, I’ve had the privilege to learn from and work alongside incredibly talented and passionate female attorneys. I’m heartened by the sense of community and solidarity I’ve experienced among women practicing law. I’m so grateful to all the women who have mentored me and supported my professional growth over the years, and I hope to do the same for future generations of young women.

If I could talk to a younger version of myself about being a lawyer, I would start off by saying—you are capable. Women are often socialized to doubt and question their abilities in a way that men are not. I wish my younger self hadn’t spent so much time and energy questioning whether I was capable of becoming a lawyer. I also wish I could have told my younger self to not compare myself to others, especially while in law school. Intelligence, talent, compassion, and perseverance cannot be measured by a transcript or resume. These gifts manifest themselves in different ways for different people. As I’ve gotten older, I’ve learned that introspection and self-awareness allow me to better identify these gifts not only within myself, but also others. My advice for future women in law is to hone your ability to recognize the ways in which your gifts manifest themselves, and to always remember that you are capable, and you are enough.