To recognize Black History Month, PILI will be spotlighting a few of the many Black attorneys who had a significant impact on equal access to justice in the United States. Each week, we will spotlight one of the influential attorneys below. We hope you will join us in recognizing the life, work, and legacies of Charlotte E. Ray, Ferdinand Lee Barnett, Jane Bolin, and Charles Hamilton Houston. 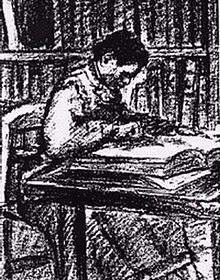 Charlotte E. Ray made history in 1872 as the first U.S. Black woman attorney. She was born in 1850 in New York City, the daughter of an abolitionist and minister. Though she has dreamed of becoming a lawyer, she first began her career as a teacher at Howard University. Later, she applied to study law at the university under the name C. E. Ray to disguise her gender since women were discouraged from applying. She went on to be the first ever woman admitted to the bar of the District of Columbia and the first Black woman to be certified a lawyer in the United States. Due the deep racial and gender prejudice and discrimination she faced at the time as a Black woman in the profession, she could not sustain her practice in Washington D.C. She moved back to New York City and went on to become a public school teacher, an advocate for the equality of Black women and a supporter of the women’s suffrage movement. Learn more about the life of Charlotte E. Ray. 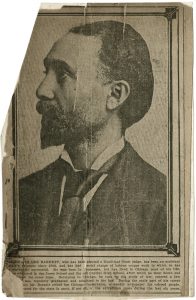 Ferdinand Lee Barnett was an activist, lawyer, writer, and editor who fought for racial equality and justice at the turn of the century. Barnett was born in 1858 in Nashville, Tennessee, and later attended Northwestern Law School in Chicago. He graduated and went on to be the third Black lawyer to be admitted to the Illinois bar. Barnett is credited as being the first editor and founder of Chicago’s first Black newspaper, the Chicago Conservator. When he moved on to fully devote his career to law, he sold the newspaper to anti-lynching advocate Ida B. Well, who he would later marry. Barnett served fourteen years as assistant state’s attorney. He also served as an attorney for the Wells-Barnett Negro Fellowship League where, on behalf of an African American man wrongly accused of murder, he argued and won a case before the Illinois Supreme Court. Barnett’s combined careers in journalism and law demonstrated his commitment to justice and equal rights. Learn more about the life and work of Ferdinand Lee Barnett. 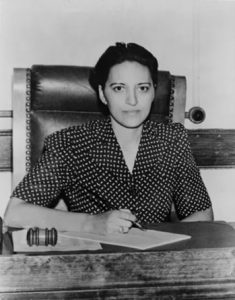 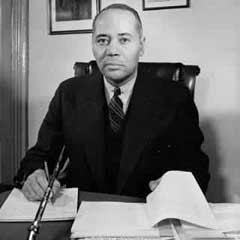 Charles Hamilton Houston is known as, “The Man Who Killed Jim Crow.’ Born in 1895, Houston would go on to become a prominent Black lawyer who would play a large role in many civil rights cases. After serving in the United States Infantry, Houston entered Harvard Law School in 1919. There he became the first African American to be editor of the Harvard Law Review. In the 1930s, Houston became the first special counsel to the NAACP, where he would be involved in most civil rights cases of his time, strategizing the legal plan that would go on to dismantle Jim Crow. He served as faculty at Howard University Law School, was mentor to Thurgood Marshall and engineered the multi-year legal strategy that led to the unanimous 1954 Supreme Court Decision, Brown v. Board of Education. Learn more about the life and work of Charles Hamilton Houston here.

Our country has benefitted from the work of these attorneys and many other Black lawyers, judges and activists who have paved the way, and continue to pave the way, for more equal access to justice for all.