To recognize Asian American and Pacific Islander Heritage Month, PILI will be spotlighting a few of the many Asian American and Pacific Islander attorneys who had a significant impact on equal access to justice in the United States. Each week, we will spotlight one of the influential attorneys below. We hope you will join us in recognizing the life, work, and legacies of Hong Yon Chen, Dalip Singh Saund, Patsy Mink and Laura Ch-Yu Liu. 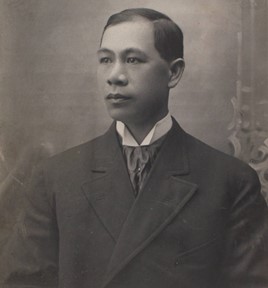 Hong Yon Chen was born in Guangdong, China around 1859. Later in life, in 1872, Chen emigrated to the United Stated under the Chinese Educational Mission and attended school in Massachusetts. Becoming the school’s first Chinese graduate, Chen would go on to attend Columbia Law School in 1883. Upon graduation, Chen faced difficulties trying to gain admission to the bar due to the Chinese Exclusion Act. He fought for two years to take the bar, emphasizing his desire to practice law in New York to act as a legal representative who can communicate in a client’s own language. Finally, Chen was granted a naturalization certificate by the state of New York and took and passed the bar exam. In 1888, he became the first Chinese American lawyer in the United States. Learn more about Hong Yon Chen. 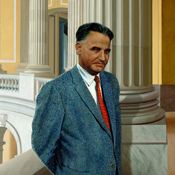 Dalip Singh Saund was born in 1899 in Punjab, India where he would be raised, attend University, and take part in the movement for Indian independence. In 1920, he attended the University of California, Berkeley to earn a PhD in mathematics. In California, Saund fought for people who are of South Asian decent to be able to become naturalized American citizens. Three years after congress passed the Luce-Celler Act in 1946, Saund became a U.S. citizen. It was shortly after that Saund ran for judgeship. He faced fierce racial and religious discrimination during his run, but ultimately won by 13 votes. He served as a judge for four years, at which point Saund then moved to enter congress in 1956. He successfully ran in his home district, crediting his win to the farmers and small business owners in his district. He went on to serve three terms in Congress as the first Asian American, first Indian American, and first Sikh ever elected. He is known as a supporter of small farmers’ rights and of civil rights legislation. Learn more about Dalip Singh Saund. 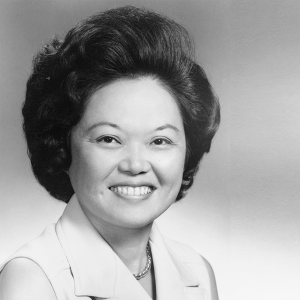 Patsy Mink was born in Paia, Hawaii in 1927. She attended the University of Chicago School of Law and graduated in 1951. When Mink passed the bar exam in her home state of Hawaii, she became the first Japanese American woman to be admitted to the bar there. She faced discrimination while attempting to find a job, and ultimately started her own legal practice. She practiced law in Hawaii and later decided to run for Hawaii State Senate and was elected in 1962. Shortly after, in 1964, she was elected to the U.S. House of Representatives, becoming the first woman of color elected in the body as well as the first Asian American woman to serve in Congress. Mink went on to serve six terms in the U.S. House of Representatives, fighting for gender and racial equality throughout her work. In 1974, she helped pass the Women’s Educational Equity Act. Additionally, Mink was one of the original authors and sponsors of Title IX. Upon her passing, it was renamed the Patsy T. Mink Equal Opportunity in Education Act to honor her contributions. Learn more about Patsy Mink. 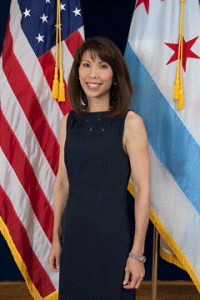 Laura Ch-Yu Liu was born in Carbondale, Illinois in 1966. Her parents were Chinese immigrants, and she grew up as a native Mandarin speaker. Liu completed her legal education at the University of Cincinnati College of Law and received her JD in 1991. Liu went on to practice civil litigation in the Chicago area until 2010, at which time she was appointed to the Illinois Circuit Court of Cook County, being the first Chinese American woman appointed. Liu served on the Illinois Supreme Court’s Access to Justice Commission and helped to establish rules about providing qualified interpreters and adding signage to court houses in different languages. When reflecting on her work with self-represented litigants in the circuit court’s Chancery division she said, “This may be the 100th case you’ve heard at the end of the day, but it is this borrower’s first and only case. It’s their most important case, and their only case in front of you.” In 2014, Liu became the first Chinese American appointed to the Illinois Appellate Court where she served until her passing after a five-year battle against breast cancer. Liu is not only remembered for her incredible contributions to removing language barriers for those interacting with the legal system, but also for her trailblazing achievements as a Chinese American woman judge in Illinois. Learn more about Laura Ch-Yu Liu.

Our country has benefitted from the work of these attorneys and many other Asian American and Pacific Islander attorneys who have paved the way, and continue to pave the way, for more equal access to justice for all.