With PILI’s new fiscal year beginning on September 1st, PILI welcomed new leadership for its Alumni Network Leadership Council. Marlow Svatek of Sidley Austin assumed the position of Chair of the Council, joined in leadership with Nidhi D. Narielwala of Norton Rose Fulbright as Chair-Elect, Jill E. Roberts of the Administrative Office of the Illinois Courts as Vice Chair and Martin Cozzola of BPI as Immediate Past Chair. With nearly 4,500 former PILI Student Interns and Graduate Fellows, PILI’s Alumni Network is led by the Alumni Network Leadership Council, a group of PILI Alumni committed to staying connected to PILI and public interest law, and to giving back to their community. 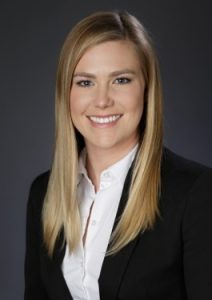 Marlow Svatek is currently a managing associate in the litigation group at Sidley Austin, with a focus on consumer class actions and appellate litigation. Such cases have included, defending a credit card processing company at trial in litigation arising from a merchant’s data security breach, drafting an amicus brief in the United States Supreme Court on behalf of a medical professional association and defending a large financial institution in a federal class action lawsuit alleging fraud and breach of fiduciary duty. Marlow maintains an active pro bono practice and has represented clients in a variety of cases in federal courts, including the United States Supreme Court. In 2020, the National Immigrant Justice Center (NIJC) honored Marlow as a “Rising Star” for her outstanding pro bono service in protection of immigrant rights. In 2018 and 2019, she received the firm’s Thomas H. Morsch Award for Pro Bono Achievement in recognition of her work representing asylum seekers in deportation proceedings and challenging the Department of Homeland Security’s “public charge” rule.

Marlow is a “Double PILI” having served as a PILI Law Student Intern at the National Immigrant Justice Center during law school and as a PILI Graduate Fellow at the ACLU of Illinois upon graduation before joining Sidley. As the ACLU, she worked to promote women’s and reproductive rights through impact litigation. Marlow graduated from the University of Chicago Law School with honors, where she was a staffer for the University of Chicago Law Review. She also served in the Peace Corps as a volunteer in Burkina Faso to promote girls’ education and empowerment resulting in Marlow being awarded the United Nation Association’s Leo Nevas Human Rights Youth Advocate Award.

As Marlow begins her role as Chair she stated, “I am looking forward to taking on a greater leadership role with an organization that has given so much to me over the years—first as a PILI Intern at the National Immigrant Justice Center, then as a PILI Fellow at the ACLU of Illinois, and now as a practicing attorney with my own pro bono practice. For so many law students and young lawyers, PILI has laid the foundation for a lifelong commitment to public interest work and pro bono service. I’m honored to lead the Council and help welcome the next generation of public interest-minded attorneys into the PILI Alumni Network.”