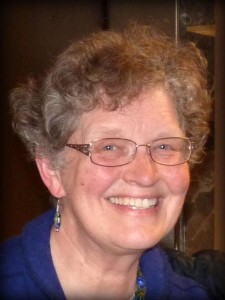 Ann Hilton Fisher is the Executive Director of the AIDS Legal Council of Chicago, a community-based nonprofit serving the legal needs of people with HIV in Cook County. She and her staff provide assistance in more than 1,500 cases each year on a wide range of legal issues and provide frequent training for providers, case managers, and consumers. The organization’s individual case work also inspires and informs its advocacy agenda, which includes a full range of health care access issues in addition to issues specific to people with HIV. Ann is a member of the American Bar Association AIDS Coordinating Committee, and planned and hosted the first national conference for HIV advocates. Although Ann clerked in both federal district court in Detroit and then for Chief Judge Thomas Fairchild on the 7th Circuit, she always knew her career would be in public interest law. Prior to joining ALCC, Ann worked at the Legal Assistance Foundation of Chicago first as a neighborhood attorney on Chicago’s west side, then as a senior attorney with their Disability Law Project focusing particularly on the needs of nursing home residents and people with mental illness and developmental disabilities, and finally as the supervisor of LAF’s first HIV/AIDS Law Project.

Frequently recognized for the enormous impact her career has had, not only for people living with HIV/AIDS, but for all low-income and under-represented populations, Ann was the 2001 recipient of the Lawyers Trust Fund of Illinois’ Esther R. Rothstein Award. In 2007 she was honored by the Chicago Bar Association & Chicago Bar Foundation with the Thomas H. Morsch Public Service Award, and earlier this year she received the AIDS Foundation of Chicago’s 2013 Impact Award. Under her leadership, the Council was also honored last summer with the American Bar Association’s first Alexander Folger Award for excellence in HIV legal services and advocacy.

More compelling still are the endorsements of her many nominators, who repeatedly extolled her leadership and vision, as well as the dignity and compassion with which she has always treated each of her clients. As one nominator put it, “Ann is an inspiration. She is an inspiration to her clients, many of whom she has helped obtain life-sustaining medications, secure public benefits that have stabilized their lives, and protect against discriminatory landlords, employers and others. She is an inspiration to her staff members who passionately advocate for their clients by following her lead. She is an inspiration to the legal community, having dedicated her entire career to ensuring that all people have access to justice.” PILI is pleased to present this award to Ann in recognition of her career-long commitment to protecting and advocating for the legal rights of the most vulnerable among us.