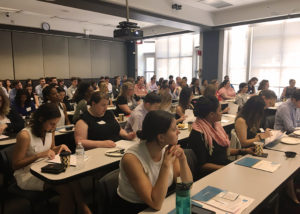 This funding plan reflects a new school-year Internship allocation at the Legal Aid Society. This position is funded by Judge Wayne Anderson and Justice Sheila O’Brien and will be designated the Anderson-O’Brien Named Intern. PILI designates a number of Named and Honorary Interns each year, thanks to special funding commitments made by individual and organizational champions for public interest law. Learn more about Named & Honorary Internships »

PILI has operated its Law Student Internship Program since 1977, and it is the only program of its kind. Students apply from law schools across the country to compete for these funded public interest law internship opportunities. The Internships provide law students with invaluable legal experience, while also giving agencies much needed support to assist more clients in need.