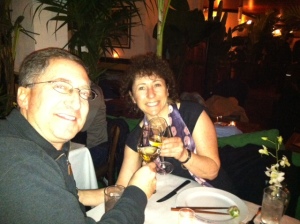 The Public Interest Law Initiative (PILI) works to cultivate a lifelong commitment to public interest law and pro bono service within the Illinois legal community and to expand the availability of legal services for people, families, and communities in need. It does so by encouraging lawyers to do pro bono, by funding law students to intern with a public interest law office, and by facilitating fellowships for new law school graduates to work for a government or public interest law office before entering private practice. More information about these and PILI’s other programs is available on PILI’s website.

Over the years Chuck has remained active in PILI.  He currently serves on PILI’s Alumni Leadership Council, as the Council’s liaison to the PILI Board of Directors, and on PILI’s fundraising and events committee.  PILI honored Chuck with its Distinguished Alumni Award in 2008.  Last year, PILI featured Chuck in its Alumni Spotlight column (you can read the column by clicking here).

PILI is a bedrock of Chicago’s public interest law community.  You can donate to PILI in celebration of Rachel and Chuck’s special day by filling out the form below.  Thank you for supporting PILI’s important work!