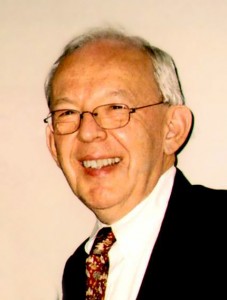 As PILI looks forward to celebrating our 40th anniversary in 2017, we have been looking back on some of our influential founders, the board members and donors who took PILI from a small program focused on providing summer law student intern stipends to the organization we are today. One such person is Tom Dorris, who joined PILI’s Board of Directors 30 years ago in 1986. Tom is not only still connected to PILI, he is an active member of our Board of Directors, lending his time, considerable insight, and much-appreciated historical perspective.

Tom credits Eleanor Petersen with first getting him involved with PILI. Eleanor was a driving force behind PILI’s early success starting in 1977, when area law schools, public interest law organizations, the Chicago Bar Association and the Donors Forum first joined together to launch a pilot program, the Public Interest Law Internship, or PILI for short. The founding president of the Donors Forum herself, Eleanor served on PILI’s board until her retirement in the mid-1980s, recruiting Tom, who had served on the board of the Donors Forum, to replace her.

Through his decades of service on PILI’s board, Tom was an eyewitness to many significant moments in PILI’s history. “When I first joined the board, PILI was just starting to do the Fellowship Program,” Tom recalls. There were over 80 PILI Fellows in 2015, but in 1986, the number was just 17, up from 9 the year before and 4 the year before that. “The big law firms in Chicago were just starting to see that paying their new associates to work somewhere else for the summer – at the wonderful nonprofits where PILI Fellows work – could actually reap benefits for the firm, not to mention the associates and their clients, for years to come,” he explains.

Tom became President of PILI’s Board of Directors in 1998, during Roslyn Lieb’s tenure as Executive Director, while PILI was developing another new endeavor, then called the Pro Bono Initiative for the New Millennium. It launched in 2000, and today, we know it simply as our Pro Bono Initiative. Since its beginnings during Tom’s presidency, this program has engaged law firms, corporations, public interest law agencies, law schools, and members of the bar and bench across the state of Illinois to expand the availability of pro bono legal services.

On top of helping shape PILI’s major programs, Tom also helped shape PILI’s leadership, serving on the search committee in every Executive Director search but one over the last 30 years. Not only does he easily recall the nomination process in each instance, but he remembers with fondness and appreciation each Executive Director’s legacy, and how he or she cultivated PILI’s growth into the organization it is today.

A native of Hammond, Indiana, Tom earned an MBA from Harvard Business School and a JD from the University of Michigan Law School. He worked as an analyst at the Defense Intelligence Agency in the 1960s, and was awarded the Joint Service Commendation Medal upon his release from active duty. He then found his way back to the Chicago area and joined Continental Illinois National Bank as a commercial banking officer. In 1977, Tom took a job with Congaree River LP as the director of the family office for the Beidler family, where he would remain until his retirement 37 years later in 2014. During this time he also was the secretary, treasurer and director of the Francis Beidler Foundation, one of PILI’s most significant funders, and continues to serve as a trustee.

In retirement, Tom remains extremely active in the community not only through his service to PILI and the Beidler Foundation, but also through volunteer work with a wide range of organizations, including a social service organization on Chicago’s south side, an organization serving people with Autism in Lisle, Illinois, a Veterans Treatment Court in Lake County, Indiana, and more.

With 30 years of board service under his belt, Tom is one of PILI’s longest-serving board members ever, and his impact on the organization is as profound as it is enduring. But when asked what has kept him committed to PILI these many years, Tom simply smiles. “What I like,” he says, “is this: the sense that good is being done.” 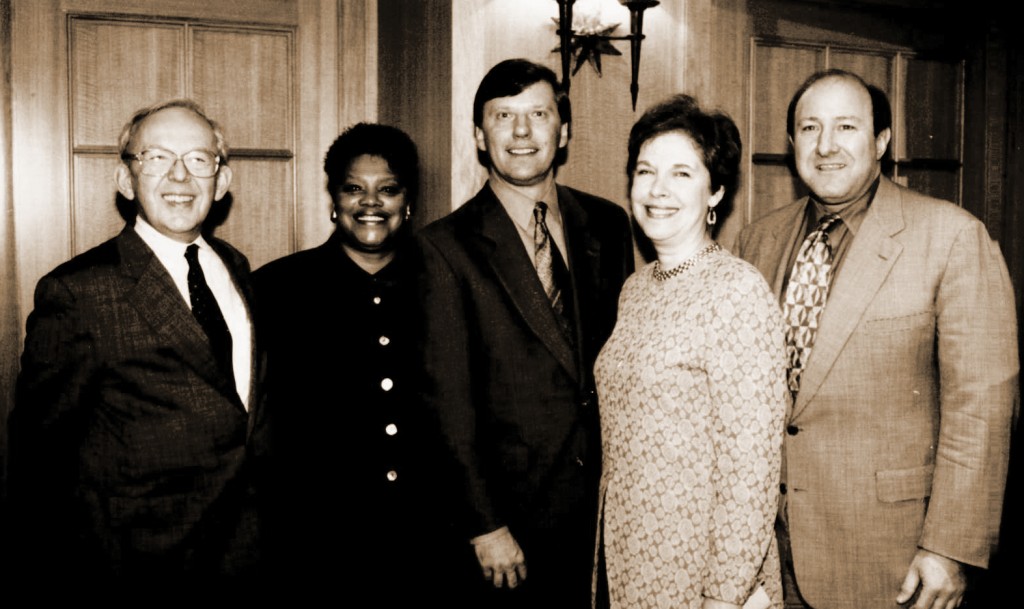 Tom at his first Annual Awards Luncheon as board president in 1998, pictured here with Rita Fry, past PILI board member who worked for the Cook County Public Defender for 23 years; David Erie, who still serves on PILI’s board from Kirkland & Ellis LLP; Roz Lieb, current PILI board member and former executive director; and Myles Berman, who is also still on PILI’s board from Foley & Lardner.

Posted in Board Member Spotlights and tagged Board member spotlight.