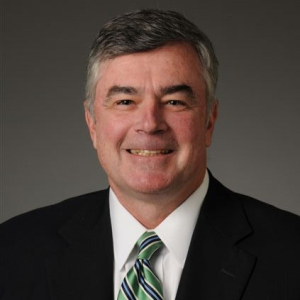 The new president of PILI’s Board of Directors is Dick O’Malley, partner at Sidley Austin LLP. His practice at Sidley focuses on intellectual property and complex commercial litigation, and he is the firm’s Chicago chair of its Pro Bono and Public Interest Law Committee. Dick has been a Director on PILI’s Board since 1999, when his former partner Tom Morsch, whom Dick calls “one of the stalwarts of the Chicago pro bono community,” encouraged him to join.  “I asked him for his advice as to what board I should become associated with to make the most impact,” Dick recounts, “and his first choice was PILI as having the broadest impact.”

It may have been Tom Morsch who first convinced Dick to join PILI’s Board, but Dick soon found his own reasons to stay and become more and more involved in leadership roles. “I’ve seen the summer Interns grow into committed pro bono lawyers throughout their career. I’ve seen our own Graduate Fellows at Sidley become involved in pro bono. And I’ve seen the investment that I make in PILI come back multiple times in helping Illinois’ neediest with their legal services,” he says.

Dick has been actively involved in pro bono since the beginning of his career, and his pro bono work has included several notable cases over the years. He once defended on a pro bono basis a young man who had been charged with murder, and obtained an acquittal. He also argued in the Seventh Circuit for an Illinois death penalty prisoner who was granted habeas corpus, and he worked on a team that obtained asylum for a man from Mauritania. Dick has been recognized for his pro bono work, most recently for his work on behalf of the residents of the Cabrini Green housing project, a case that was in litigation for six years. Dick and a team of attorneys from the Legal Assistance Foundation of Chicago were able to help avoid the threatened immediate eviction of residents by the Chicago Housing Authority, and finally reached a resolution that allowed the residents to leave Cabrini Green and start new lives on better terms. Dick received LAF’s Champion of Justice Award as well as the U.S. District Court for the Northern District of Illinois and the Federal Bar Association’s Award for Excellence In Pro Bono Service for his work on this case. In addition to his board service with PILI, Dick served on the Board of Directors for CARPLS for many years.

Posted in Board Member Spotlights and tagged spotlight.