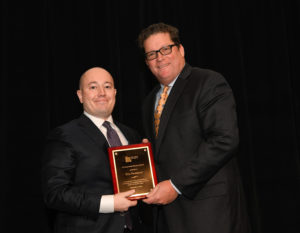 Kyle Palazzolo is a 2007 graduate of the University of Michigan Law School and was a PILI Fellow at the Roger Baldwin Foundation of the ACLU. He then joined Jenner & Block, where he pursued a wide range of pro bono matters before makingthe jump into civil rights work full time and joining Lambda Legal in Chicago. There, he worked on cases involving marriage equality, discrimination against people living with HIV, and anti-LGBT laws and policies around the country. He then moved to Salvatore Prescott & Porter, where he worked on issues involving employment discrimination, the protections of Title IX and much more. Most recently, Kyle joined the American Medical Association, where he works on litigation involving issues of public health such access to care, health equity, reproductive health rights, and other items that impact physicians and their patients. He previously served on the PILI Alumni Network Leadership Council and as an Advisor for current PILI Interns & Fellows.

“Kyle gives without limit, he lends a hand without needing to be asked, and he is one of the people we can call on at a moment’s notice to come alongside us in support.”