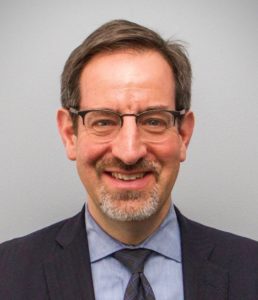 Adam Gross has been committed to service since his PILI Law Student Internship at Business and Professional People for the Public Interest (BPI) in 1993. Adam later joined BPI as a Skadden Fellow and has been there ever since.

In 2005, Adam was appointed Director of BPI’s Affordable Housing Program, leading efforts to expand housing opportunities for low-and moderate-income people in Chicago and throughout the region. In 2014, Adam was also named the inaugural Director of BPI’s Justice Reform Program. In this role, he has been deeply engaged in a range of issues around criminal justice reform in the juvenile and adult systems, and currently focuses the lion’s share of his time on issues of police reform and accountability in Chicago.

Adam also serves as an advisor, mentor, and coach to young public interest attorneys. He is deeply involved with BPI’s Summer Internship Program and its recruitment and supervision of PILI Interns, PILI Fellows and other interns. He also previously served on PILI’s Board of Directors.

“It’s Adam’s deep personal commitment to justice that powers his incredible work as an advocate, leader, organizer, and mentor. His contributions in police accountability, affordable housing, and justice reform are making a real difference in the lives of people across Chicago and the region. Adam personifies to the highest level, the values BPI holds dear as a social justice organization.” – Hoy McConnell, Executive Director at BPI