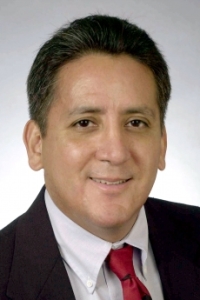 Since completing his PILI Internship at LAF in 1985, Alberto Benítez has been focusing on helping others, or as he puts it, the “PI” in PILI.

“This is all I can envision doing as a lawyer,” Alberto said. “I had no interest in working in big law. In law school, I didn’t have a whole lot of money to donate my time. PILI gave me a chance.”

After his PILI Internship, he returned to graduate from the SUNY Buffalo Law School. He then interned at the Centro de Estudios Legales y Sociales in Buenos Aires, Argentina. Afterwards, he returned to Chicago to work at LAF and then at the Chicago Lawyers’ Committee for Civil Rights Under Law. In the early 1990s, he transitioned to teaching at Northwestern University School of Law and then Chicago-Kent College of Law before moving to George Washington University Law School in 1996 where he continues to work today.

Throughout his public interest law career, Alberto has placed special importance on the connections and relationships he creates, especially with his mentors and supervisors. “We get varying degrees of supervision during the early years,” Alberto said, “I learned to look for supervision or mentorship wherever you can.”

One significant mentor for Alberto during his PILI Internship was Carlos Cuevas. Now an immigration judge, Carlos worked at LAF when Alberto was a PILI Intern. “More important than the legal things that he helped me out with was his willingness to listen to me and work with me and offer assistance,” Alberto said.

He took the lessons he learned from Judge Cuevas and others to shape his mentoring style. Now a clinical professor at the Immigration Clinic at George Washington University Law School, he works with students regularly and shares with them his wisdom about how to succeed in public interest law with them. He encourages his students to build their own strong networks, and to help others and each other.

“To me, lawyers exist to help people who need help,” he said. “The ‘haves’ are always going to do okay, but there are a lot of people who are in need. In our society, lawyers can play a critical role.”