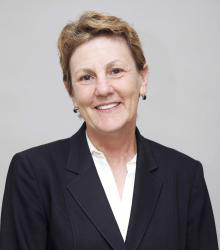 Laurie Mikva is a Clinical Assistant Professor of Law at Northwestern Pritzker School of Law. She was a PILI Intern in 1982, and has since reconnected with PILI through the Alumni Network. Portions of this article originally appeared on the ABA Center for Pro Bono Exchange.

I initially learned about PILI as a first-year law student at New York University. I wanted to return to Chicago, my hometown, for the summer and work in a public interest law job. I did not have to earn a lot of money, but I needed to earn enough to pay my expenses. The placement office at NYU gave me information about PILI.

PILI was just a small organization at the time. The summer Internship program was the only thing going. In 1977, PILI’s first year, it placed twelve Interns at four Chicago agencies. In 1982, I was placed at the Better Government Association or BGA, a Chicago-based government watchdog group. I got to help as the organization worked to uncover corruption in the schools, the police department and the mayor’s office, among others. And, of course, I met other PILI Interns and lawyers from the Chicago public interest community at the various programs and events that PILI staged for the interns.

As exciting as the work at BGA was, I went to law school to become a public defender and that is the career I pursued when I graduated law school and finished a clerkship. After several years as a public defender, I was ready for a change. I loved the job, but I wanted a slightly less stressful life as I raised my children. Eventually, I landed as a legal aid attorney. With that, I became involved in the world of access to civil justice and encouraging lawyers to engage in pro bono work.

About 10 years ago, I moved back to Chicago and reconnected with PILI. PILI had grown a lot over the years. While it remains committed to the summer Internship Program and providing law students an early opportunity to engage in public interest work, it has many more programs and projects.

In 1983, PILI also created a Graduate Fellowship Program in which incoming associates are paid by their law firms to work in public interest positions over the summer while they study for the bar exam; the Fellows are placed throughout Illinois and a few even work in other states.

In 1999, PILI launched the Pro Bono Initiative to encourage firms and corporations to engage in pro bono. As part of this program, PILI has developed an array of written materials and other resources to help law firms, companies, agencies, individual attorneys and law students who want to develop, expand or improve pro bono programs and engage in pro bono activities. PILI regularly hosts roundtables and forums bringing together attorneys from law firms, corporations, law schools, and legal services agencies to discuss ideas and innovations.

PILI established Judicial Circuit Pro Bono Committees in six judicial circuits around the state starting in 2011. This year, it added the Eighteenth Circuit which is DuPage County. The Committees are made up of local judges, bar leaders, attorneys and representatives from the local legal services programs. The different Committees sponsor a variety of pro bono activities in their respective circuits. In the Third and Tenth Circuits, for example, the Committees established help desks at the courthouses staffed by volunteer attorneys. The Tenth and Eleventh Circuits instituted quarterly advice clinics where volunteer attorneys advise individuals on a host of legal issues.

In 2007, PILI created the Alumni Network to help maintain connections with the nearly 4000 Intern and Fellow Alumni, many but not all of whom practice in the Chicago area. According to Michael Bergmann, “PILI Alumni are all over Chicago and the country, all over the profession, and beyond.” PILI is working hard to connect with those Alumni and give them opportunities, wherever they are, to get involved with PILI and other pro bono activities.

In 2015, PILI joined forces with Chicago Volunteer Legal Services or CVLS to start a legal clinic, creating a pro bono opportunity for Chicago area Alumni. The Legal Prep Community Law Clinic takes place once a month at the Legal Prep Charter Academy in the West Garfield Park neighborhood. According to Brent Page, PILI’s Program Manager, it made sense to house a legal assistance clinic in the only law-focused public high school in Chicago.

PILI’s reach extends far beyond Chicago now and it has become a leader in pro bono engagement throughout Illinois. In addition, it has enough alumni to have alumni committees and events.

Having reconnected with PILI, I volunteer at the Legal Prep Community Law Clinic, participate in pro bono roundtables and forums, mentor summer Interns, donate money and attend Alumni events. In working to give back to an organization that supported me and does so much to support the public interest legal community, I find that PILI continues to provide me unique opportunities to engage and connect. Happy 40th Anniversary PILI. Here’s to many more years.