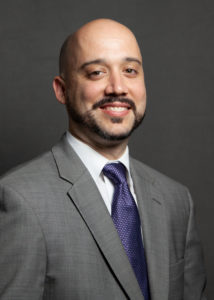 Sean Morales-Doyle is a “double PILI” having worked as a PILI Intern at LAF in 2005 and at the ACLU of Illinois in 2006. He now works as Counsel at the Brennan Center for Justice at NYU School of Law, working on voting rights issues in their Democracy Program.

“I knew when I went to law school that I wanted to get involved in public interest work,” Sean said. “I wasn’t sure what that meant or what I wanted to do. PILI gave me an opportunity to explore different opportunities.”

During his PILI Internships, Sean worked at different types of organizations to gain different experiences. At LAF, he worked in the Housing Practice Group, where he focused more on working directly with clients on housing issues. At the ACLU of Illinois, he gained experience in impact litigation, researching policies and writing memos.

“Those first experiences really gave me an idea of what my options were,” said Sean. “I was still figuring it out, but for someone who didn’t come from a family of lawyers or know a lot of lawyers, the experience helped me see what lawyers do and made me excited about it would mean to be a public interest lawyer.”

After graduating from Northwestern Pritzker School of Law, Sean worked in the office of the Illinois Attorney General as an assistant attorney general in the Special Litigation Bureau. In 2009, he became a law clerk for the Honorable William J. Hibbler. In 2011, he started practicing at Despres, Schwartz & Geoghegan where he litigated a variety of cases including constitutional, civil rights, labor and employment claims.

While in Chicago, he joined PILI’s Alumni Network Leadership Council, serving as a Fundraising & Events Team Lead, helping to plan the Annual Alumni Reunion and raising money to support the Alumni Named Internship Campaign. He also volunteered as an Advisor for PILI Interns & Fellows to help introduce them to the Illinois public interest law community.

“Being a PILI Alumni says something about who you were as a law student and what your goals as a lawyer are,” explained Sean. “It’s always interesting to hear how others are incorporating public interest and pro bono into their careers. It’s also a good way for lawyers interested in pro bono to stay in touch with what’s going on in public interest and vice versa.”

In January 2018, Sean moved to New York to work at the Brennan Center. Over the last year, he’s advocated for passage of election reform legislation in several states, including successfully lobbying for passage of automatic voter registration in New Jersey. He also conducted and supervised research on criminal disenfranchisement laws and voting rights restoration to support a successful campaign to pass a constitutional amendment in Florida. Additionally, he pursued litigation to protect voting rights in the 2018 elections. His work builds off the variety of experiences in litigation and advocacy work that he gained starting with his PILI Internships.

“PILI provided me an opportunity to do something I otherwise wouldn’t be able to do,” he said. “PILI made a public interest internship a possibility, and I’m very appreciative of that.”