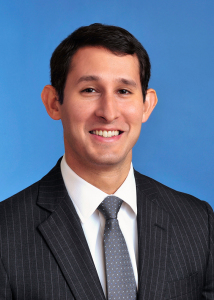 Brij Patnaik served as a PILI Fellow with the Cook County Public Defender’s Office after graduating from the University of Iowa College of Law in 2009. Brij then joined Jenner & Block, where he has continued his commitment to service through pro bono work.

Brij’s most recent pro bono case, that of Adam Gray, concluded earlier this year. Mr. Gray was sentenced to life in prison at the age of fourteen for purportedly setting a fire in a Chicago apartment building that killed two people. Mr. Gray confessed to setting the fire after being interrogated in isolation for over seven hours.   Twenty years later, Brij obtained records of chemistry testing not disclosed at trial that proved the central elements of Mr. Gray’s confession could not be true. Brij then re-interviewed witnesses and worked with leading fire science experts to prove that there was actually no reason to believe the fire was caused by arson at all. After years of litigation, the Illinois Appellate Court overturned Mr. Gray’s conviction and granted him his freedom.

Brij has remained dedicated to pro bono throughout his career as a member of Jenner’s White Collar Defense practice where he has worked on the monitorship of Credit Suisse in connection with its conviction for assisting tax evasion and on an internal investigation for General Motors arising from its use of faulty ignition switches. He has represented pro bono clients in multiple other criminal cases and brought a successful suit against a federal prison arising from the outbreak of an infectious disease. He volunteers with the Ladder-Up Foundation providing free tax preparation assistance to underprivileged people in Chicago.

“Through his pro bono work, Brij demonstrates the highest ideals of our profession – service, fairness and justice. As a Jenner & Block lawyer, he epitomizes our core values of commitment to pro bono work and community service. We are privileged to call him our colleague.” – Andrew Vail, Partner, Jenner & Block