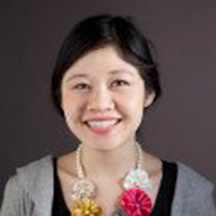 In 2010, Jajah Wu completed her PILI Graduate Fellowship at the Young Center for Immigrant Children’s Rights at the University of Chicago Law School, sponsored by Schiff Hardin. While she had worked at the Young Center during law school, her Fellowship gave Jajah a chance to immerse herself in the role of a Child Advocate. “I worked one-on-one with the most vulnerable children who were in immigration removal proceedings,” Jajah explained. “Many of these children were fleeing exploitation, violence, abuse and travelled alone to the United States, journeying for months under the thumb of smugglers and traffickers.”

To do her job effectively, Jajah had to learn to listen to her clients and determine what they really needed. She interacted directly with the children on a regular basis, listening to their stories and earning their trust.

One case in particular that stands out to her was when she worked with a child from China who had been the victim of abuse and trafficking and was at risk for deportation. Jajah drafted a best interest recommendation to support the client’s asylum claim, and accompanied the girl to the hours-long asylum interview. The girl was granted asylum and still keeps in touch with Jajah to this day.

“Working with my clients was the best part of the PILI program,” said Jajah. “Not many recent grads have the chance to really act as the main client contact on a case, but as a Fellow with the Young Center, I met with my clients regularly and had the opportunity to learn their histories and build a relationship so that they were comfortable with expressing their wishes and fears for the future.”

After her Fellowship, Jajah spent two years at Schiff Hardin before returning to the Young Center, where she now works as a Supervising Attorney and Clinical Instructor teaching law students how to do the job of a Child Advocate. She believes her current work is a direct result of her Fellowship.

“I see my experience as a PILI Fellow as having an enormous impact on my career,” she said. “The work I did through my PILI Fellowship gave me the tools to start off on the right foot in my legal career. More importantly, my work as a PILI gave me an internal compass, and a sense that I was truly making a difference in the lives of the children I served.”