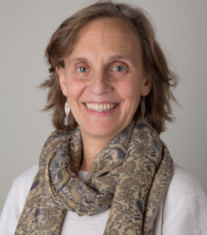 Anita Weinberg has always been committed to improving conditions for underprivileged children and families. In 1977, she received her master’s degree in social work from Columbia University and worked at the Child Welfare League of America in New York until 1984. Her time as a social worker helped her realize how having a law degree would help her serve these communities better.

“I believe that if we truly want to make a positive difference in the lives of children and families, the underserved and the underrepresented, no one profession can do it alone,” says Anita. “We need to collaborate with families, with communities, and with other disciplines and systems. I’ve been incredibly lucky that my legal career has allowed me to carry forward this approach to problem solving.”

Anita’s legal career began to take form during her PILI Internship in 1984. She served at the American Civil Liberties Union (ACLU) of Illinois where she worked with Colleen Connell, who was at that time the Director of the Reproductive Rights Project. “My Internship raised my awareness of the scope of wonderful work being done in the Chicagoland area.”

Anita herself became an integral part of that work. She has held positions at the Cook County Office of the Public Guardian, LAF, the Governor’s office, Department of Child and Family Services Office of the Inspector General, and the ChildLaw Policy Institute at Loyola University Chicago, where she currently serves as the Director.

“The law is not always the solution, but it is a critical tool,” Anita says. “My Internship gave me an appreciation for the expansive number of tools and avenues for working toward social justice, violence prevention, and racial equity.”

Throughout her career, Anita has never stopped working to help children and families. She co-authored amendments to the Illinois Juvenile Court Act to focus on permanency for children in the child welfare system, testified before congressional and state legislative committees about child welfare, and is currently organizing advocacy groups to challenge proposed cuts to the Department of Children and Family Services.

Her work has earned her several awards including the 2014 Housing Champion Award from Metropolitan Tenants Organization, the 2013 Family Defender Award from the Family Defense Center, and the 2003 Distinguished PILI Alumni Award.

“My PILI Internship introduced me to a large network of lawyers committed to public interest law,” Anita says. “I’m extremely proud to be a part of this network and community.”