This month, PILI connected with two PILI Alumni for their reflections on Black History Month. We are honored to spotlight Vanessa Weathersby and Natanya Pope-Sohel. 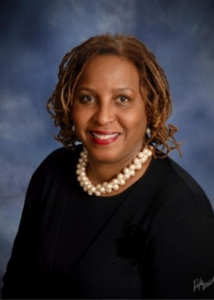 Vanessa was a 1988 Law Student Intern at the Leadership Council for Metropolitan Open Communities in Chicago.

Vanessa Weathersby retired as a Senior Operational Risk Manager at BMO in 2019, and currently serves as PILI’s Intern Representative for the class of 1986-1990. Additionally, Vanessa is  actively involved with her Sorority, Delta Sigma Theta, as well as her church, and the Links Organization. Most recently, Vanessa was appointed by the Fourth Ward Alderman to the newly created role of Chair, Community Safety Committee of the Grand Boulevard Advisory Council.

Vanessa was a 1990 graduate of IIT Chicago-Kent College of Law. She received a Bachelor of Arts degree in Journalism from Michigan State University.

What does Black History Month mean to you?

Dr. Carter G. Woodson established Negro History Week (the forerunner to Black History Month) to highlight the achievements of African Americans. He believed such contributions were overlooked and suppressed, primarily by the U.S. educational system. In that regard, I see Black History Month as an opportunity for all people to reflect upon aspects of American history that focus on the amazing contributions that African Americans have made and continue to make to this country.

What would you like people to know about Black history and the legal profession?

The legal profession has played a crucial role in the history of this country in general and in Black history in particular. Thurgood Marshall, the first African American Associate Justice of the Supreme Court of the United States, was also the first African American U.S. Solicitor General. Prior to these achievements he founded the NAACP Legal Defense and Educational Fund and successfully argued many civil rights cases. One of his greatest accomplishments was Brown v. Board of Education of Topeka, where the U.S. Court held that state laws that established racial segregation in public schools are unconstitutional.

Do you see a connection between Black History Month, the legacy of Black lawyers, and your personal experience as a lawyer and connection to public interest law?

The foundational concept of Black History Month is to spotlight the achievements of African Americans and the legacy of national African American heroines in the law, such as Barbara Jordan and Patricia Roberts Harris, inspired me to become an attorney as well as a member of Delta Sigma Theta Sorority, Inc.! Local heroes such as Standish Willis, a tireless civil rights and criminal defense attorney, instilled in me an obligation to work on behalf of the African American community through public service, including public interest law.

What takeaway(s) from this year’s celebration do you hope people will have?

Black history is American history. Therefore, we can all experience great pride when we learn about the many, varied accomplishments of our nation’s African American citizens.

While we have the great fortune to celebrate Black history, we must take note that teaching certain aspects of history may be deemed illegal in many states. For example, a retired professor recently shared that many of the concepts she covers in her course, ‘Exploring Cultural Diversity’, would be considered divisive in several states where bills have been established. As attorneys acting in the public interest, perhaps we should ask ourselves, what can we do to ensure all stories are part of the tapestry of our American history, even those that may demonstrate our less than noble ways of being? 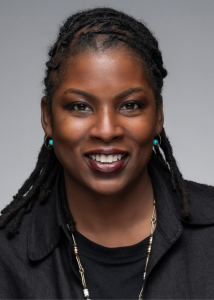 Natanya Pope-Sohel was a 2020 graduate from Chicago-Kent College of Law and now works as a Staff Attoreny with Legal Aid Chicago. She received Bachelor of Arts Degree in International Relations with a Peace Studies Certificate from the University of Wisconsin-Milwaukee in 1999.

What does Black History Month mean to you?

As with any celebratory month, I believe there is a duality in recognizing Black History during February. Ostensibly, the month is designated to recognize the contributions that Black people have made to America, and I think doing so is important. However, the act of relegating remembrance of those contributions to a yearly twenty-eight day span and calling it Black History Month can entrench the idea that Black history is somehow anomalous to American history. My great-great grandfather proudly served as an infantryman in the United States Colored Troops during the Civil War. He subsequently migrated with his entire family in one of the largest movements of Americans in United States history. I do not think of my family story as Black history. Black history is American history.

What would you like people to know about Black History and the legal profession?

Considering representation in the legal profession, we have a long way to go. In 2010, only 5% of all lawyers were Black. Ten plus years later, the needle hasn’t moved. It is very important to understand the causality between representation in this profession and our ability to affect change. Historically, slavery, oppression, discrimination, and criminalization of Black people have been upheld by racist laws and policies. Black lawyers as far back as 1844 have used the law as a platform to fight oppression and even shape the American legal system. We must fight hard to keep those hard-won gains, especially in the current legal climate. If we do not have enough Black lawyers, we will not have enough Black judges.

Do you see a connection between Black History Month, the legacy of black lawyers and your personal experience as a lawyer and your connection to public interest law?

I absolutely feel the connection between being a lawyer and being of service to my community in light of the history of Black people in America. At the very least I am a representation of my family, my ancestors, and my culture and that’s true even if I did nothing else but exist. If I didn’t choose to be a lawyer, though, I know that I would still be of service in some way. I chose to be an attorney because of the impact I know I can have in changing the lives of others. Being an attorney who is also a descendant of share-croppers and factory workers carries a lot of weight, and it is not something I will ever take for granted.

What takeaway(s) from this year’s celebration do you hope people will have?

Black history is YOUR history.