Michael has served as PILI’s Executive Director since 2010. Under his leadership, PILI has grown its Law Student Internship Program by 64 percent and increased the Intern stipend for the first time in over a decade. He has overseen the development of innovative pro bono committees at the judicial circuit level across Illinois and the expansion of PILI into providing direct services, as well as the launch of an active and robust Alumni Network. Michael originally joined PILI in 2006 as Pro Bono Initiative Director and more recently served as Director of Programs. Prior to joining PILI, Michael served as the Guardian Ad Litem Program Director for Chicago Volunteer Legal Services.

An active member of the American Bar Association (ABA), Michael is currently serving in the ABA’s House of Delegates and on the Standing Committee on Membership. He is a past chair of the following ABA entities: the Section Officers Conference (SOC), the Judicial Division, the Lawyers Conference of the Judicial Division and the Young Lawyers Division. Michael is also a member of the Illinois State Bar Association (ISBA) where he serves on and is a past chair of the Standing Committee on the Delivery of Legal Services, and serves on the Bench & Bar Section Council and the ISBA Assembly. He is also a member of the Chicago Bar Association, most recently having served as Chair of the Continuing Legal Education Committee.

Frequently recognized for his contributions to the bar and the public, Michael was named one of “40 Under 40 Illinois Attorneys to Watch” in 2013 by the Law Bulletin Publishing Company. Michael was the recipient of the 2011 Young Alumni Merit Award from The Catholic University of America.  He was also the 2007 recipient of both the Outstanding Young Alumnus Award from DePaul University College of Law and the Illinois State Bar Association Young Lawyer of the Year Award. Michael was also the 2005 recipient of the Kimball and Karen Anderson Public Interest Law Fellowship from The Chicago Bar Foundation.

Michael attended The Catholic University of America in Washington, D.C., where he earned his Bachelor of Arts in Politics. He received his Juris Doctor from DePaul University College of Law. Prior to and during law school, Michael was a consultant with PricewaterhouseCoopers LLP. He is admitted to the practice of law in the State of Illinois, and before the United States District Court for the Northern District of Illinois and the Supreme Court of the United States. 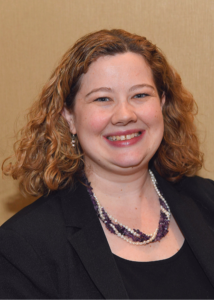 Elizabeth joined PILI as a Managing Attorney in July 2019. She is responsible for overseeing the activity of PILI’s Judicial Circuit Pro Bono Committees and Illinois Free Legal Answers as well as PILI’s participation in the Illinois Armed Forces Legal Aid Network (IL-AFLAN). Elizabeth previously worked at DePaul University College of Law, first as the Assistant Director of Public Interest Law in Law Career Services and then as the Director of Externships and the Pro Bono and Community Service Initiative. She has also provided nonprofit consulting services. During law school, Elizabeth interned at the Legal Assistance Foundation of Metropolitan Chicago, Chicago Public Schools, and in Law Career Services. Elizabeth received a Bachelor of Arts degree in International Relations with a minor in Religious Studies from Beloit College and a Juris Doctor from DePaul University with a certificate in International and Comparative Law. Additionally, Elizabeth regularly volunteers as an Attorney Supervisor with the Neighborhood Legal Assistance Project, which is DePaul’s weekly pro bono help desk, and as a Hotline Attorney with CARPLS. She is also on the Development Council of the Anti-Cruelty Society. Elizabeth is admitted to the practice of law in the State of Illinois. 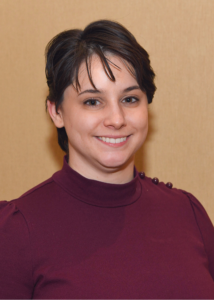 Lauren has served as PILI’s Communications & Events Manager since June 2017. She is responsible for developing and executing PILI’s marketing and communications efforts, as well as planning and executing all of PILI’s special events. Lauren originally joined PILI in March 2015 as the Development & Communications Associate.  She attended Utah State University where she was an Undergraduate Research Fellow and co-authored an article titled “Understanding what it Means to Be Business-Like in the Nonprofit Sector: Toward a Communicative Explanation” published in November 2015. She served as an intern at Oxfam America, the Obama 2012 Campaign, and Autism Speaks. Lauren is a board member of National Council for Jewish Women North Shore Chapter and a volunteer with Chicago Women Take Action. 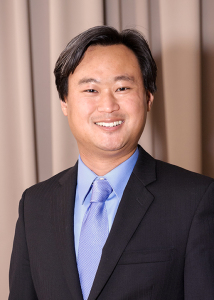 Sang joined PILI in July 2017. He is responsible for PILI’s fundraising efforts with law firms, corporations, foundations and individuals. He previously worked as a Development Specialist at the Youth Leadership Academy in Elgin and as the Volunteer Engagement and Events Manager at Literacy DuPage in Naperville. Prior to law school, he worked as a paralegal for public defenders at The Defender Association in Seattle. He attended the University of Notre Dame for both undergraduate and law school, where he completed internships with St. Joseph County Public Defenders at the Juvenile Justice Center, Indiana Legal Services, Bet Tzekek Legal Services in North Hollywood, California, and the Notre Dame Legal Aid Clinic. He also worked as a Judicial Extern for the Honorable Judge Mary Yu of the Washington Superior Court in Seattle. Prior to transitioning to nonprofit development, Sang worked as an attorney for Progressive Law Group LLC in Chicago, where he concentrated his practice on class actions in consumer and employment rights matters. Sang is an Honorary Board Member of the Asian American Bar Association of Greater Chicago and serves as Co-Chair of the Pro Bono Committee. 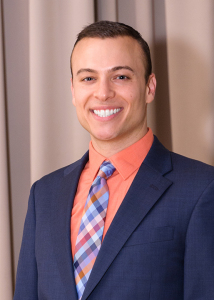 Brent joined PILI in March 2017. He is responsible for the overall planning, organizing, implementation and evaluation for PILI’s programs statewide. He specifically manages the Law Student Internship Program, Graduate Fellowship Program and Alumni Network. He previously worked as the Supervising Attorney for Community Engagement at the Domestic Violence Legal Clinic and as a staff attorney at Katz Law Office. While in law school, he completed several public interest law internships and fellowships including an internship at Equip from Equality, a Coles Fellowship at the Illinois Human Rights Commission, and a judicial externship for the Honorable Mary K. Rochford. He also worked with Family Rescue servicing victims of domestic violence in the court house. An Alumni of PILI’s Internship Program himself, Brent served as a PILI Law Student Intern at AIDS Legal Council, now known as Legal Council for Health Justice, in 2010. He received Bachelor of Arts in Political Science and Spanish from the University of Michigan and his Juris Doctor from IIT Chicago-Kent College of Law. Outside of work, Brent is an active volunteer with Chicago Volunteer Legal Services (CVLS). He also serves on the board of directors for the Bleeding Disorder Alliance Illinois. Brent is admitted to the practice of law in the State of Illinois. 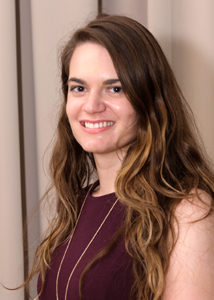 Shelby joined PILI in September 2018 as an Equal Justice Works Fellow sponsored by Deere & Company, Lane & Waterman LLP, and Riley Safer Holmes & Cancilia LLP. As part of her Equal Justice Works project, Legal Help Within Reach, Shelby is in charge of recruiting and training attorneys and law students from urban areas to volunteer at free legal clinics for low-income Illinoisans living in rural and underserved communities. During law school, she interned with the Cook County Office of the Public Guardian, the Cook County State’s Attorney, a family law firm and LAF, where she assisted in coordinating a veteran’s legal clinic on the west side of Chicago. She received her Bachelors of Arts in English and Psychology at Wheaton College and her Juris Doctor from Loyola University Chicago School of Law. Shelby is a member of the Chicago Lawyers’ Chapter for the American Constitution Society, and is a volunteer with Lawyers’ Committee for Better Housing. Shelby is admitted to the practice of law in the State of Illinois. 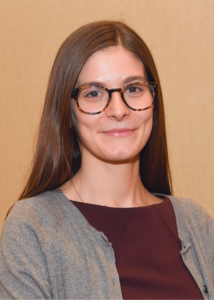 Sophia joined PILI as its Administrative Assistant in October 2019. She is responsible for providing administrative support to PILI staff and its programs. Sophia graduated with distinction in May 2019 from the University of Michigan, Ann Arbor with a Bachelor of Arts in Philosophy and a Minor in Political Science. During college, she worked with a community restorative justice project and served as an intern with Street Democracy Legal Non-Profit. Sophia was drawn to PILI through her interest in public interest work and she is especially passionate about PILI’s mission.